WHERE IN THE WORLD DO WE RANK IN HEALTH? 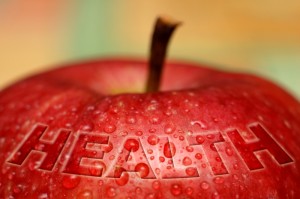 It is obvious that good health is one of the most important factors when assessing one’s quality of life.  We want to feel well as long as possible, and we spend a lot of money doing it.  American doctors and medical institutions are among the best reputed in the world – and a not insignificant share of tourism dollars is spent by wealthy foreign nationals who want to be treated in the U.S.

The influx of foreign persons from other modern industrialized nations often brings us together with Europeans and Canadians, who do not understand our nation’s policy when it comes to health.  They often cannot comprehend how such a wealthy society can have so many uninsured individuals, who cannot afford to see a physician on a regular basis or cannot afford life-saving operations. Coming from countries where preventative health care is available to the population at large, the concept of a health care system such as ours is literally very foreign to them and bears explaining.  Enter the “World Factbook” compiled annually by our own Central Intelligence Agency, the CIA, as a reference resource to anyone who cares to know.  The CIA regularly gathers intelligence in the form of statistics that affect us all and then publishes its findings.  For its most recent study, the CIA used 2009 data from which the interested reader can deduce how we are measuring up.

And we are right up there in spending. The CIA study shows that – after Malta – we are the second largest spender on health care in the world with 16.2% of our gross domestic product (GDP) devoted to health care.  The study also shows that this is more than twice the spending rate of other industrialized nations, such as, for example Germany, which reportedly only spends 8% of its GDP in a system where most everyone has health insurance and medical school is essentially free.

Despite our very high spending, our super sleuths rank us at No. 50 in the world when it comes to average life expectancy.  Americans evidently tend to last only an average of 78.49 years.  By comparison, our neighbors to the North rank 12th with a life expectancy of 80.34 years. Germany ranks 28th with 78.95. To be fair, traffic fatalities and gun violence account for more deaths in the United States than in Canada or Germany, thus skewing the numbers a bit.

But our woes already start at birth. Let’s take infant mortality, a factor generally accepted as an indicator of a nation’s allover quality of life, health and success. In this ranking, any nation with a world class health system such as ours would want to be last (or at least second to last based on our spending). We’re 48th from last. Out of 221 ranked nations (led by Afghanistan with 121 deaths per 1,000 births, followed by Niger, Mali and Somalia who also suffer from more than 10% infant death rate) we rank 173rd in infant mortality with an average of 5.98 deaths per 1,000 births (Canada is 141st with 4.85, Germany No. 208 with 3.51). Here, Malta gets somewhat of a “bang” for its buck with a death rate of only 3.79 per 1,000 births.

In instances of maternal death (i.e. mothers dying in child birth), which is  generally also accepted as an indicator of a modern nation’s health, the U.S. reports three times the death rate of Germany, Australia, Israel and Norway. We rank 121st with 24 deaths per 1,000 births while those countries suffer only 7 deaths per 1,000 and came in in positions 157 – 160. Canada is 139 with 12 deaths per 1,000.  In what health category other than spending did we make the top ten?  Obesity.  We came in sixth after American Samoa, Tokelau, Tonga, Kiribati and Saudi Arabia.

Some other interesting world rankings only indirectly related to our health – bur certainly our quality of life – should also surprise us. Evidently we are number one in incarcerating our own. Published on Wikipedia.com and citing sources such as our Justice Department, the data shows that “the incarceration rate in the United States of America is the highest in the world. As of 2009, the incarceration rate is 743 per 100,000 of national population.  In comparison, Russia has the second highest 577 per 100,000, Canada is 123rd in the world with 117 per 100,000, and China has 120 per 100,000. While Americans only represent about 5 percent of the world’s population, one-quarter of the entire world’s inmates are incarcerated in the United States.” Zero tolerance for low level recreational drug use, the inability of the uninsured to obtain treatment for mental health issues as well as mandatory sentencing laws in the war against drugs are often cited as the reason for these staggering numbers. At an estimated $50,000 per prisoner per year (California figures), incarceration has become such a budget factor in the U.S. that private industry wants a chunk of it and lobbies for privatization and stricter laws.  The CIA World Factbook might also be used to see whether an emphasis on prevention and education has any statistical effect on crime.

What do we do with such stunning facts? Should we use them as a basis to examine our system and our policy priorities to see whether they reflect the values of a nation as powerful as ours? Do they already reflect our values?  Budget watchers generally don’t talk about these figures, but don’t we as Americans want a value for our spending? What happens if this continues? More spending on expensive emergency measures for conditions that could have been prevented or treated much more cheaply if the patient had had access to health care?  The answers here are much more difficult than the questions.

In the meantime, those of us who are fortunate enough to have our health, have decent health insurance (or any health insurance at all), whose families are not devastated by a sudden illness or injury can do what Americans do best:  Generously contribute to charitable causes that attempt to right some of the wrong that good working people suffer without their own fault when a family member suddenly falls ill.  We can continue to volunteer our time and wonder what kind of a health care system we could have if the overall quality our country received corresponded to our spending. Perhaps then, we could ascend on the United Nations’ rankings in the first ever World Happiness Report – which has us – despite our woes – at a not-too-shabby No. 11. 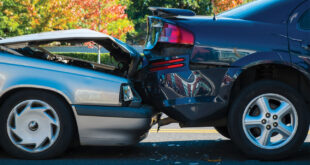