What’s New In The World Of Venous Therapy

By Dr. John P. Landi, MD, FACS, RPVI, RPhS, Diplomate of The American Board of Phlebology – 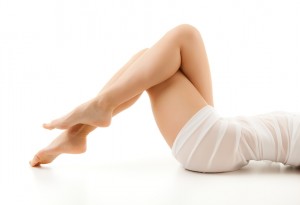 Varicose veins, spider veins, leg swelling, venous ulcerations and phlebitis or clots in the veins are common conditions that affect over 30 million Americans and countless other millions worldwide. Up until recently venous disease was not recognized as a separate specialty and, in fact, many aspects of these diseases especially varicose and spider veins were considered to be strictly cosmetic. With the advent of Laser and Radio Frequency Closure techniques approximately ten years ago, not only the treatment of venous disease, but also its recognition as a separate specialty has been revolutionized. The new aspects of venous disease can be divided into three categories: Varicose Veins, Spider Veins and Venous Specialty Recognition.

Varicose veins are the large ropey veins that can occur almost anywhere in the leg. For many years the only treatment of varicose veins was a very extensive procedure involving multiple incisions and multiple sutures called ligation and stripping. The end result of this surgery was the replacement of the veins with multiple scars and there was a high recurrence rate. Approximately ten years ago it was recognized that the main cause of varicose veins were valves in the veins that did not close properly. Think of this like a dam that is leaking. In order to treat the problem, the leak in the dam needs to be sealed. The procedure to seal the leak is called “Closure” which involves using either a Laser Filament or a Radio Frequency Catheter. The beauty of this procedure is that it could be done in the office under local anesthesia with either none or very light sedation and very little downtime. The advent of these Closure procedures was the initiating step in the formation of the new field of Phlebology.

For years the only treatment for spider veins was a saline solution which was not only irritating to the vein resulting in potential for discoloration of the skin and ulcerations of the skin, but was also extremely painful on injecting. Over the last ten years many new techniques for spider vein injection called “Sclerotherapy” have evolved. There are many solutions used for Sclerotherapy, but there are three that are commonly used – Polidocanol, Tetradecyl Sulfate and Glycerin. In addition to those three, originally beginning in Europe and now available in the United States, is Foam Sclerotherapy. Foam is formed by mixing either Tetradecyl Sulfate or Polidochinol with either an air or CO2 combination resulting in a Foamed Solution that sort of looks like a shaving cream. By injecting this into the spider veins it is possible to cover a greater area and better dissolve spider veins.

In addition to board certification, since the treatment of venous disease relies on and is intimately involved with ultrasonic evaluation, ultrasonic proficiency has become a prerequisite for the treatment of venous disease. It is currently considered inappropriate to make an assessment of varicose and spider veins without an adequate venous ultrasound. Almost all patients with varicose veins have valvular insufficiency and at least thirty percent of patients with spider veins alone have significant valvular insufficiency. Unless the valvular insufficiency is treated primarily then the varicose and spider veins will not improve. Because of the emphasis on venous ultrasound, multiple certifying boards have been established to grant qualification in both ultrasonic interpretation and performance. Three common ultrasound credentials recognized by The American Board of Phlebology are the RVT, RPVI & RPhS. The RVT (Registered Vascular Technician) has been in existence for many years. Passing this exam certifies either the physician or non physician in all types of vascular ultrasound including arterial, venous, carotid and abdominal. The RPVI (Registered Physician Vascular Interpretation) has been in exisence for about five years, and again, this requires an intense certifying exam. Once this is passed one then has the credentials to interpret any type of vascular ultrasound be it venous, arterial, renal or abdominal. This certification is available only to a physician. The RVT can be obtained by both physicians and non physicians. Both of these exams are offered by the ARDMS which is the American Registery for Diagnostic Medical Sonography. The third exam is the RPhS (Registered Phlebology Sonographer). This is offered by the Cardiovascular Credentialing International Committee and has only recently been made available to those physicians and non physicians qualified to take it. This exam give certification to do venous ultrasounds.

Dr. John P. Landi at the time of this writing is one of less than 1,000 physicians worldwide to obtain the designation of Diplomate of the American Board of Phlebology. In addition to this, he obtained his RPVI (Registered Physician Vascular Interpretation) and he is also one of less than 200 people both physicians and non physicians worldwide to obtain the RPhS (Registered Phlebology Sonographer). He has performed over 12,000 vein closure procedures in both Laser and VNUS Closure. He has also treated thousands of patients for spider vein resolution. He is medical director of Vanish Vein and Laser Center located in Naples which has been a state of the art Vein Center designated to vein treatment for over 12 years. In addition to this he is medical director of LaBella Mia Medical Spa which is attached to The Vanish Vein and Laser Center.