What is this thing called ‘Energy’, and why should I care?

There are many more things in heaven and earth, Horatio,
Than are dreamt in your philosophy.
Shakespeare. Hamlet. 1.5. 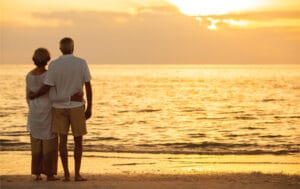 What images are evoked in your head when you pronounce the word ‘energy’? Most of us would think of power-lines, lightning, storms, rockets, nuclear explosions, power stations and most recently, energy bars and drinks.

Not surprisingly, the word ‘energy’ is almost as old as this world. It derives from Greek ένέργεια (energeia), which appears for the first time in the work Ethics of Aristotle in the 4th century BCE. In this ancient text, ‘energy’ is defined as ‘the living force’. As such, it phonetically sounds almost the same in the multitude of languages across the globe. It has to do with everything we do. Energy may just be the definition of life itself.

Back when I was a medical school student in the early 90’ies, our textbooks would refer to disease as originating at the cellular level. There were physiologic things taking place inside our bodies – and this was the territory where medicine reigned. The word ‘emotion’ had no place in our lexicon. This was the realm of the psychiatrists – the other doctors.

The concept of ‘energy’ was even more foreign to most physicians: this was the territory of voodoo and shamans – the world of non-medical healing impostors. Despite of this stigma, I intuitively felt that there was so much more than pure mechanics and genetics running this show called Life… What was it? I was not sure. But the fact was that patients did not follow a straightforward formula for curing a disease. Some people survived and recovered despite all odds being against them, and some people did not make it despite all the favorable circumstances surrounding them. Searching for the answers to this incongruity, I continued to read voraciously my “out there” books on plants, healing, and extra-sensory perception. Only I was hiding these books from my friends and classmates, so as not to appear out of step with those who were supposed to succeed by following the established school of thought.

Over the years, it became clear to me that most of the diseases originated not from the genetic misfortune, but from the severe energetic assault or some sort of misappropriation of energy, or perhaps stagnation of energy.

Energy comes in many flavors: electrical, chemical, mechanical, sound, and electromagnetic to mention a few. Exposure to energy can be good for you in some circumstances and lethal in others. For instance, we all need ultraviolet light to activate the vitamin D, which we produce in our liver. However, few people realize that a round trip in a commercial plane totaling 8 hours at 37,000 feet is the equivalent of one chest x-ray. That is why I always recommend that my pregnant patients should not fly. Very few listen to this warning however.

The one thing that all of these various energies I have described above have in common is that they are quantifiable. Most scientific experiments, in the western sense of the word, require things to be counted, measured, compared, and reproduced with great precision.

But what do we make of the energies that are not quantifiable? How do we measure anxiety? Or love?

Energy is something the workings of which we can sometimes perceive with our five senses. But energy itself is something that is always invisible to us: we can feel it “in our gut”, we can “sense it” around us – and this is from the realm of the 6th sense, which we all possess. If you believe in anything of higher order than yourself – like God, Creator, or Nature – you probably noticed that if you feel connected to that higher energy source – you feel balanced, resilient, and full of energy. By the same token, if you feel like you are a free, superior intellect, free of any energetic influence from the universe – when things don’t go your way – you feel lonely, helpless, and angry.

Today, working in my practice, I share a lot of what I have learned about energy in medicine with my patients. This gives them a whole new perspective on their illness – a world of possibilities, which they were not even considering before. If a person can recognize his or her energy flow, and handle it with love – this can be very empowering. I do not have all the answers but I make my patients think and feel and look for their own unique energetic path on this journey of life.

So, next time you hear the word “energy”, I would like you to think of it as your asset, your living force – your conversation with your Maker. Learn to handle it with care that it deserves. To be continued.