What Your Untreated Hearing Loss is doing to YOUR Brain… 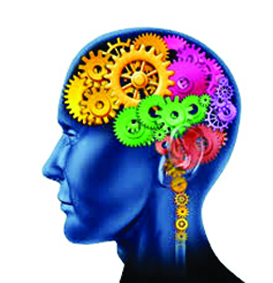 Hearing loss is a fact of life for more than 48 million Americans.  According to the Hearing Loss Association of America, this fact may increase the risk of cognitive problems and even dementia.  “The general perception is that hearing loss is a relatively inconsequential part of aging,” says Frank Lin, an otologist and epidemiologist at Johns Hopkins University in Baltimore.  He also says that “recent findings suggest that it may play a much more important role in brain health than we’ve previously thought.”

As part of the Baltimore Longitudinal Study of Aging, 126 participants underwent yearly magnetic resonance imaging (MRI) to track brain changes for up to 10 years. Each also had complete physicals at the time of their first MRI in 1994, including hearing tests. At the beginning, 75 had normal hearing, and 51 had impaired hearing, with at least a 25-decibel loss.  After analyzing their MRIs over the following years, Lin and his colleagues, say those participants whose hearing was already impaired at the start of the sub-
study had accelerated rates of brain atrophy compared to those with normal hearing. Overall, the scientists report that those with impaired hearing, lost more than an additional cubic centimeter of brain tissue each year compared with those with normal hearing. Those with impaired hearing also had significantly more shrinkage in particular regions, including the superior, middle and inferior temporal gyri; the brain structures that are responsible for processing sound and speech.  If you want to address hearing loss well,” Lin says, “you want to do it sooner rather than later. If hearing loss is potentially contributing to these differences we’re seeing on an MRI, you want to treat it before any brain structural changes take place.”

The brain becomes smaller with age; however, the shrinkage seems to be more rapid in older adults with hearing loss, according to the results of a study by researchers from Johns Hopkins and the National Institute on Aging. Their findings add to a growing list of health consequences associated with hearing loss, including increased risk of dementia, falls, hospitalizations, and diminished physical and mental health overall.

P. Murali Doraiswamy, M.D., a professor of psychiatry and medicine at Duke University School of Medicine and coauthor of The Alzheimer’s Action Plan, says that while the link between hearing loss and milder cognitive problems has been questioned by some, it is becoming increasingly accepted. “Every doctor knows that hearing loss can result in cognitive problems, but they still don’t focus on it as a priority when they evaluate someone with suspected dementia — which is a big missed opportunity.  The benefits of correcting hearing loss on cognition are twice as large as the benefits from any cognitive-enhancing drugs now on the market. It should be the first thing we focus on.”

There also was a study done at the University of Colorado’s Department of Speech Language and Hearing Science that looked at how neuroplasticity affects how the brain adapts to hearing loss.  Neuroplasticity is the brain’s ability to change at any age. Conventional thinking used to view the brain as static and unable to change; we now know that this is not the case. In the case of hearing loss, the part of the brain devoted to hearing can actually become reorganized, i.e. reassigned to other functions. The study was designed to answer two questions: How does the brain adapt to hearing loss and what are the resulting implications?  The researchers found that when hearing loss occurs, areas of the brain devoted to other senses such as vision or touch will actually take over the areas of the brain which normally process hearing. This is a phenomenon called cross-modal cortical reorganization; essentially, the brain adapts to a hearing loss by rewiring itself. This can have a very serious detrimental effect on cognition.

Hearing loss system significantly reduces the brain’s ability to process sound, this can then affect a person’s ability to understand speech. Even a mild hearing loss can cause the hearing areas of the brain to become weaker. What can happen next is that the areas of the brain that are necessary for higher level thinking compensate for the weaker areas. They essentially take over for hearing, which leaves them unavailable to do their primary job.

This compensatory brain reorganization could explain why age related hearing loss is strongly correlated with dementia. This should be taken seriously, even in the early stages of hearing loss, the brain begins to reorganize.

Finally, it also seems very likely that hearing loss, which tends to isolate people from others has long been recognized as a risk factor for cognitive decline and dementia.

If you have hearing loss, it makes sense to get it treated as early as possible. It is widely believed that less than 15 to 20 percent of those with a clinically significant hearing loss use hearing aids. Early treatment for hearing loss could prevent long term cognitive issues down the road. The solution could be as simple as an early hearing loss screening program for adults.

With that being said, Advanced Hearing Solutions would like to help you with your hearing health by offering a Complimentary *Hearing Screening and mini-consultation. Call today to set up your appointment 941-474-8393.

*A Hearing Screening is only a Pass or Fail, it will only tell us if there is a loss but not the degree or type of loss. Further testing will be necessary.

PROFESSIONAL BIO
Dr. Noël Crosby, Au.D., owner and audiologist at Advanced Hearing Solutions in Englewood, FL is a licensed professional whose 26 year career has been devoted to helping people of all ages hear and understand more clearly.  Dr. Crosby received her BS and MS degrees from FSU and her Doctorate in Audiology from UF.  Her credibility as an authority grew during her tenure as the Director of Audiology at the Silverstein Institute in Sarasota, FL from 1991-1998. Today, in addition to managing a successful audiology practice, Dr. Crosby is involved in creating hearing loss awareness through her jewelry and accessory company AuDBling.com. She has served and is serving on various professional boards and committees and was president of the Florida Academy of Audiology in 2000 and 2010.  She has been married to Michael for 23 years and has one daughter.