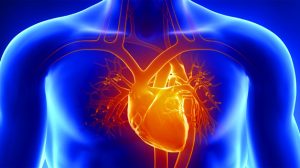 Alternative Medicine such as chelation IV therapy has been intensely criticized by mainstream medicine for many years, so much so that a cardiovascular trial was conducted to refute any chance that chelation treatment worked so that physicians could deter their patients from asking for the procedure.

It’s important to point out that people are much more educated and open to various types of treatment for numerous diseases and disorders because they have heard from their peers or read medically-
based articles and white papers about how it has helped and cured individuals that suffer from chronic and acute illnesses.

Back in 2002, a trial called the TACT (Trial to Access Chelation Therapy) was conducted on individuals that had suffered from a heart attack(s) in the past. The trial was meant to debunk chelation therapy by proving that it does not work. However, the complete opposite conclusion took place, as many individuals showed positive outcomes years after the chelation therapy took place.

Heavy Metals and Myocardial Infarction
Lead is the leading heavy metal that is known to have direct effects on the vascular system through atherosclerosis (hardening of arteries from plaque build-up). In the U.S. lead has caused a great deal of heavy metal toxification in our population, stemming from gasoline, soil, batteries, paint, plumbing pipes, and cigarette smoke just to name a few.

This heavy metal build-up is first stored in our bones and then begins to excrete from the bones into our bloodstream, which contributes to the calcification process of the arteries. Other heavy metals contribute to heart disease and increased risks of strokes like cadmium. For years, it has been well known and studied that cadmium actually hardens the carotid artery. Cadmium was used as an anticorrosive element in steel and was also used in batteries up until a few years ago. The problem with heavy metal toxification is that once it’s embedded into to your tissues, it’s very difficult to remove it from your body.

How to detoxify from heavy metals
Chelation therapy is recognized for its ability to detoxify years of build-up of heavy metals. Chelation is pronounced as Key-Lay-Shun and is used to successfully treat many different forms of heavy metal toxification including mercury, cadmium, and lead.

An amino acid, EDTA is administered into the bloodstream via an IV and its position is to bind to heavy metals and remove them from the body through the urine. DMPS and DMSA acids are also used in some instances to remove mercury. However, EDTA is the amino acid that binds to calcium in the bloodstream as well; this is why it is thought to be so successful at removing plaque from the arteries.

Along with plaque, oxidative inflammation is a primary cause of vascular disorders, and EDTA chelation therapy is thought to decrease this oxidative stress along the vessels walls.

Functional medicine is integrative medicine that focuses on a complete look at a person’s lifestyle, genetics, environmental, and social factors concerning their overall health’s condition.

A Groundbreaking Scan to Diagnose and Measure Parkinson’s Disease Progression

Ring in the New Year with a Resolution for Healthy Living

Help with your Medication Regime