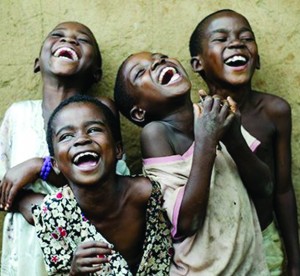 My friend Ben Rodgers and I took an afternoon break from the day’s leadership development work we were engaged in and, while on our break, Ben, who is the executive director of Children’s Cup ministries, told me the story of one of the “throwaway kids” his ministry rescued in Africa. Let me warn you, it’s not for the faint of heart.

A mother in Zimbabwe had been promised a lot by a man, but after being abandoned by him later found out that the only real thing he had given her was…a disease that would eventually end her life. So over time she gave up hope and decided to end her life instead of waiting for the inevitable. But before doing so, in her desperation, she did something that most of us couldn’t even fathom, much less follow through with: she dropped her baby boy in an open-pit toilet in the ground to end his life.

No one knew how long he had been in this pit toilet, but the little guy was a fighter. He screamed, yelled and thrashed around; making so much noise that eventually some boys in the neighborhood heard him, came and fished him out of the putrid pit. I don’t know if you can even begin to imagine the nastiness of that. Anyway, after they fished him out, they took him to a Care Point that had been established and was run by Children’s Cup in their community.

For quite a while they didn’t know if the little guy was going to live or die, especially since he had ingested a lot of sewage from the pit toilet. Day after day he was improving physically, but not emotionally. Ben said he had visited with him and even at the age of five, the little guy was an emotional zombie. But eventually, with the help of the care point team, he slowly began to get better. The day-in-and-day-out food, clean water, medical care, education and a whole lot of love from the Children’s Cup missionaries began to have an effect, and he started to make positive changes. His face even started to warm and become more animated.

Fast Forward Seven Years
A couple of years ago, my friend Ben was visiting this Care Point. While there, (it’s hard to see the screen and type with tears in your eyes) this handsome twelve-year-old young man began running toward Ben as fast as he could yelling, “Pastor Ben, Pastor Ben!” He stopped short and wrapped his arms around my friend. Ben greeted him with a hug and asked how he was. How was his schoolwork going? The boy said things were going really, really well. Then Ben asked him this question, “So Tinotenda, what do you want to do with your life when you grow up?”

To which the young man said, “When I grow up, I want to be a pastor and bring hope to other kids. The ‘throwaways’ like me.” (More tears for me)

That little throwaway kid is now a focused young man with a vision for his future—a future to change the world in which he lives.

As Ben and I got back to our leadership work, he said, “You know, it was at that moment that I knew this really works.” He was referring to the Children’s Cup Care Point strategy to take the throwaway kids and help them become world changers—read about it at their website below.

Your Turn
I’ve been to Zimbabwe more than once, have seen them with my own eyes and held them in my own arms, these throwaway kids who suffer the ravages of AIDS and a country devastated by ninety percent unemployment. I was in Africa the entire month of April last year, and the hopelessness and sheer desperation the people live in every single day seeps into your soul if you have any heart at all. But Children’s Cup has developed practical and economical processes to effectively make real and permanent change in these kids’ lives.

I make no apologies about what I’m about to say to you now. Please go to this website today: www.childrenscup.org, and give at least $100.00 to this amazing ministry. They feed, provide clean water, medical care, educate and teach these children some type of trade on a budget of less than $1.25 per day. That’s less than the cost of a cup of coffee at Starbucks. The missionaries raise their own support funds. It’s one of the few ministries that I personally know that every penny is used to the fullest possible way to bring hope to these ‘throwaway kids.’

Thanks for reading this one. I know it’s a
tough read, but I wanted you to know,
and I want you to help.

P.S. And just so we are clear, I am not being
paid by anyone to write this.
P.S.S. Ben told me that Tinotenda’s name in his native tongue means “we thank you.”
Kind of say it all, doesn’t it?

Fat Is The New Cool!