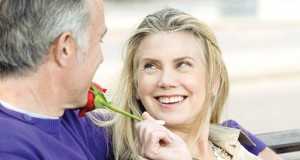 The month of November is designated as Diabetes and Alzheimer awareness month. This is designed to educate and make the general public more aware of these diseases that afflict millions of Americans every day.

Diabetes, aka: “the silent killer” can wreak havoc on the human body on the inside. Sometimes victims are not aware they have the disease until the adverse effects show up later. Having diabetes can also cause damage to the internal organs, resulting in kidney failure, heart attack, and poor circulation to extremities; sometimes requiring amputations. Erectile dysfunction is another complication which may occur due to being diabetic.  As time passes, a persistent decline in overall health will occur if not treated. In addition, vision and hearing loss are also very common due to the complexities of diabetes.

Once the nerves of the inner ear are compromised, the auditory portion of the brain that interprets speech no longer receives “proper” stimulation, will atrophy and lose function, resulting in hearing problems. However, most hearing losses can be overcome by wearing hearing devices. Hearing instruments are designed to allow a hearing impaired individual to interpret speech better by stimulating the damaged nerves of the inner ear. Thus, compensating for the impairment. Hearing devices do not correct hearing loss, they only compensate for them. That is why addressing hearing problems as early as possible is key. Smaller problems are easier to compensate for than big ones.

Hearing devices are usually successful if a hearing loss is detected early enough.

Untreated hearing loss is linked to brain atrophy, dementia and Alzheimers according to John’s Hopkins Medical University, the University of Pennsylvania and The National Institute on Aging.

“Proper” stimulation to the portion of the brain that interprets speech is critical; otherwise it will lose function. Studies at John’s Hopkins indicated even individuals with mild hearing loss are twice as likely to suffer from dementia and Alzheimers. Those with severe hearing impairment are five times as likely to develop these maladies.

If you or a loved one suspects that your hearing may not be up to par, call us today for a FREE, no obligation hearing evaluation.