Stepping Back from the Fiscal Cliff 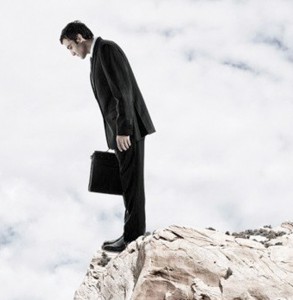 As the 2012 holiday season was being celebrated and the year was drawing to a close American taxpayers faced serious questions about what 2013 would hold financially. After a long election season, Congress remained bitterly divided as they attempted to negotiate a deal that would prevent the automatic tax increases and spending cuts known as the “fiscal cliff.” As taxpayers looked towards Washington for guidance, economic experts and political pundits were able to offer little more than speculation about what the future held for the country. As a result of the uncertainty surrounding 2013 and facing the potentially significant changes in the tax code, taxpayers throughout the country rushed to complete transactions by December 31 and take advantage of the favorable 2012 tax regime. As January 1 came and went, a last minute deal was reached that largely maintained the status quo for most Americans.

On January 3, 2013, President Barack Obama signed into law the American Taxpayer Relief Act of 2012 (ATRA), which retained many of the tax cuts created by George W. Bush in 2001. While the highest tax rate increased to 39.6% from 35% for married couples with more than $450,000 of taxable income and single taxpayers with more than $400,000 of taxable income, the new law maintains the same income tax rates for other individuals. In an estate-planning context, ATRA mostly preserved the system that was in place in 2012. The 2010 lifetime exemption amount of $5,000,000 indexed for inflation was maintained and in 2013 estates with a value less than $5,250,000 will be shielded from estate tax. A 40% estate tax will apply to amounts that exceed $5,250,000. This amount is a unified credit along with the gift tax, and it allows individuals to make lifetime gifts without being subject to gift tax. Another key provision that ATRA retained is the use of portability of unused exemption amounts between spouses. Under portability, the surviving spouse can elect to receive a deceased spouse’s unused exemption amount. The surviving spouse can apply the amount received from his or her last deceased spouse towards any tax liability that arises from lifetime gifts or transfers at death.

Therefore it is possible to shield amounts in excess of the $5,250,000 lifetime exemption upon the second spouse’s death. Without ATRA, portability would have gone away and the exemption amount would have dropped to $1,000,000 with an estate tax rate of 55%. With the passage of ATRA a significantly smaller number of estates will be subject to the estate tax regime at death.

In light of the fact that ATRA largely maintained the status quo, many individuals may be questioning why they were in such a rush to complete transactions prior to the end of last year. Additionally, they may be questioning whether or not completing such transactions was a good idea; given the current tax rates there may appear to be little to no benefit to having done so. However, while politicians and talk show hosts may state that ATRA made the tax changes “permanent,” such a claim is incorrect. While ATRA did remove the sunset provisions that had previously called for the expiration of tax cuts, any law is only permanent to the extent that Congress does not pass a subsequent law that supersedes it. With the negotiations on raising the debt ceiling looming, as well as federal budget negotiations, calling any law dealing with revenue permanent would be short sighted. Additionally, in many cases these were transactions that would have needed to be made eventually, and the fiscal cliff was the motivation that some individuals needed to pick up the phone and call their attorney or accountant.

A second consequence of ATRA is that many individuals may feel that since their estates fall under the lifetime exemption amount that they will not benefit from a well-developed estate plan. However, it is important to remember that while tax planning is one aspect of estate planning, it is not the only aspect of it. There are many different facets of an effective estate plan and as a person ages and his or her family evolves the provisions of his or her estate plan should evolve as well. While Florida law has a statute to distribute assets that have not been distributed pursuant to a Will, such statute completely removes the power of the deceased individual to control his or her property after death. Important questions like whether to distribute assets outright to your children or have those assets held in trust, whether you want to leave a specific piece of property to a specific child, relative, or friend, and who will act as your children’s guardian, if necessary, are all important questions that should be addressed in an estate plan that are largely outside of any tax consideration and should be addressed regardless of the size of one’s estate.

Patrick McCann’s practice focuses in the areas of trusts and estates and taxation. Mr. McCann received his B.A. in History and Philosophy from Wake Forest University in Winston-Salem, North Carolina and was awarded the W.J. Cash Award for Excellence in Southern Studies. While attending the University of Virginia School of Law, Mr. McCann served as a Senior Editor of the Virginia Tax Review. Mr. McCann received his LL.M. in Taxation from the University of Florida Levin College of Law where he served as a Graduate Editor of the Florida Tax Review.

Mr. McCann is licensed to practice law in the States of New York and Florida.