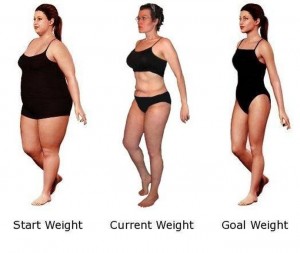 How many diets have you tried over the past 20 years? Usually they work for a short time, right? A quick fix for the high school reunion or Caribbean vacation, or maybe you even made a serious attempt for permanent weight loss.

For those of you have been reading our articles for the last several months, you already know that achieving weight loss and attaining your best body doesn’t happen over night. It’s not as simple as giving up ‘carbs’ and eating just veggies or exercising until you drop. And those who thought surgery was the answer eventually learned even that doesn’t work. That’s because your body is much more complex than that. Things like hormones, thyroid, gastrointestinal health, food allergies/intolerances, blood sugar and a host of other factors affect how your body processes food. Yet the greatest influence of all is you—specifically understanding your relationship with food and being willing to commit to change.

We are excited to talk to you about two very inspirational patients who have literally tried it all, including gastrointestinal bypass surgery. Married for over 40 years, Ronald and Diane were high school sweethearts. And like most of us, Ronald and Diane had put on weight after high school. But their weight gain did more than just leave them sighing at slimmer pictures of their former high school selves; it lead to some serious health problems for both of them.

Diane and Ron were both morbidly obese and suffering from its subsequent complications. Diane, although she had underdone gastric bypass surgery, like most patients, gained her weight back, because she never learned how to eat properly and returned to her old habits. Along with hypertension and sleep apnea, her blood sugar was high and diabetes was imminent without intervention. She complained of body aches and, despite being treated for her sleep apnea, she was tired all of the time. On top of it all, she suffered from chronic diarrhea after her gastric bypass surgery.

His occupation required him to be physically fit, so it was important for him to make changes.

Before I began a physical exam, Coach Karen asked each of them to discuss their relationship with food. Understanding a patient’s attitudes towards food is essential in helping them to recognize how their upbringing, moods and habits shape their food choices and gives them insight to when and why they eat. Their honesty to the questions posed helped them realize the triggers related to their eating habits.

The basic premise of THE BEST BODY NOW is removing food intolerances and eating low glycemic foods. Ron and Diane were given a list of foods that needed to be ‘evicted’ from their home. In turn, we gave them a shopping list and some simple, delicious recipes which increased veggie intake and lowered fruit intake. They were given a modified elimination diet which focused on low glycemic index foods. Next we introduced Diane and Ron to medical food shakes which gave the body ready-to-use protein, as well as specific nutrients to help detoxify the body as it releases toxins from the fat broken down for weight loss. This is crucial; for without it the liver becomes overloaded with toxins and weight loss is halted. Finally, both started an exercise program which included aerobic activities and weight resistance training. Over time foods were reintroduced to assess for reactions that might indicate intolerances.

Diane and Ron admit they were skeptical. “We promised ourselves we’d give it 6 months. We followed the Best Body Program completely. Dr. Sievers monitored our hormone levels, nutrients, thyroid and sugar levels. Coach Karen reviewed our journals helping us stay on track even on our vacations! The shakes were great and abated food cravings. Saying good-bye to gluten, dairy, sugars and artificial sweeteners was difficult at first, but over time we adapted–especially as we saw results. We thought we wouldn’t be able to dine out, but we found plenty of restaurants that would cater to our needs.”

In the first 6 weeks Diane lost 20lbs and Ron lost 26 lbs. To date, they have lost close to 150 pounds together with Diane losing 65 pounds and Ron 81 pounds. But that’s just the beginning. Both agree they sleep better, have more energy and are on less medicine. Diane’s chronic diarrhea vanished. Ron was so excited when he fit in an airplane seat and didn’t need a seat belt extender!

I love the success story of Ron and Diane because these two individuals had many more obstacles to overcome than most people and they still did it! The secret to Ron and Diane’s success? They were willing to make a commitment to lose weight and get healthy. And they were opened to discovering a new way of thinking about food and allowed Coach Karen and I teach them. As we tell all of our patients, if you’re committed to changing, we will take you there.