Stay Married To Your Sweetheart 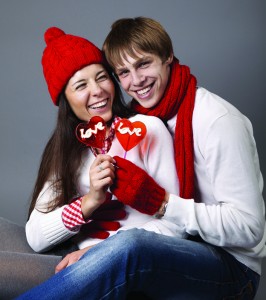 In the 2002 movie Cast Away, Tom Hanks plays the character Chuck Noland, an extremely punctual FedEx executive whose plane crashes during a storm over the Pacific Ocean. He becomes the sole survivor and washes ashore on an uninhabited island. The thing that’s most moving to me is his motivation to try so many failed attempts to get off the island: his wife.  He remains there for four years before he is rescued. He is so lonely that he finds a volleyball, puts a face on it and names it Wilson, just to have someone to talk to. It was never God’s intent for a man or a woman to be alone. That’s why marriage is so awesome!

Here are a few good reasons why is it good for you to have a long marriage to your sweetheart.

The LORD God said, “It is not good for the man to be alone. I will make a companion for him…”
Genesis 2:18

It helps cure loneliness. It feels good to have someone to “belong to”. Now it’s usually people who have been married successfully for a while who would even say such a thing. We as individuals like our independence and want to fight for it and hang on to it for as long as we can, but independence only can take us so far and sometimes it is a lonely trip. I love the words, “Honey, I’m home.” They make me feel like some wants me (yeah, and that too).

Someone has my back.

Knowing someone has my back is very important and satisfying to me. As goofy and weird as I am, I know deep in my heart that there is one person on this planet who will fight for me when no one else will and it’s my beautiful wife of twenty-eight years. You need to know someone will “have your back”.  Life can be too tough to be a solo act.

Two people are better off than one, for they can help each other succeed. If one person falls, the other can reach out and help. But someone who falls alone is in real trouble.  Ecclesiastes 4:9-12 NLT Selected

I read some research years ago that said that men and women spend a large percentage of their time thinking about sex. Well, I hope so, and I really don’t know what they waste their other time thinking about. God wired us that way. Sex is supposed to be fun and creates emotional bonds between a man and a woman. That’s also why it’s pretty disastrous to have sex with someone other than your spouse, the person who has your back. Sex is one of God’s greatest ideas.

Genesis 1:24-25 NLT says, “This explains why a man leaves his father and mother and is joined to his wife, and the two are united into one. Now the man and his wife were both naked, but they felt no shame.”

“Let your wife be a fountain of blessing for you. Rejoice in the wife of your youth. Let her breasts satisfy you always. May you always be captivated by her love.”  Proverbs 5:18-19 NLT

If good health has ever been considered a favor of God, then being married to a good woman certainly has it merits. I have no medical training, but over thirty years of ministering to people has taught me the truth of this verse.

“Whoever finds a wife finds what is good and receives favor from the Lord.”
Proverbs 18:22 ISV

I have seen many long and successful marriages (including my parents of fifty-three years) between couples who experienced generally good health. I know this article below is only about men’s health, but I found it most fascinating.

“A major survey of 127,545 American adults found that married men are healthier than men who were never married or whose marriages ended in divorce or widowhood. Men who have marital partners also live longer than men without spouses; men who marry after age twenty-five get more protection than those who tie the knot at a younger age, and the longer a man stays married, the greater his survival advantage over his unmarried peers.” (Health.harvard.edu)

There are many more reasons to find your sweetheart, marry and have a long marriage, but I’m out of space. So I’ll close with these words from psychologist James Dobson, which I give to those who want to get married.

To your spiritual health,