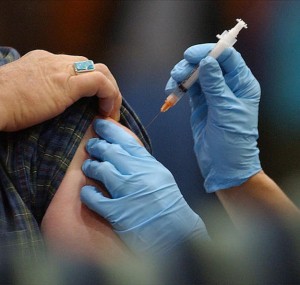 Commonly known as herpes zoster, Shingles is a condition in which a painful rash or blisters appear on the the skin that is caused by the same virus that causes chicken pox – the varicella-zoster virus (VZV). In reality, you have a higher risk for developing Shingles if you have had chicken pox. Basically, when a person contracts the chicken pox, a small amount of the VZV will remain in their body, more specifically, in their nerves. Once the immune system is weakened, either by aging, stress or an immune system deficiency, the disease may return and attack the nervous system resulting in Shingles.

To learn more about Shingles, including information on its symptoms and how to prevent its spread, keep reading.

Symptoms of Shingles
Shingles typically begins with a low grade fever that can last for up to six days. An individual will also experience ongoing fatigue, lethargy, possible headaches, occasional digestive problems, aches, pains and even chills. Usually, a rash hasn’t appeared yet at this stage which oftentimes leads to a misdiagnosis of the flu.

On other occasions, and prior to the rash appearing, a burning or tingling pain, or sometimes numbness, or an itch develops. After several days or a week, a rash of fluid-filled blisters, similar to chicken pox, appears. The most common location is the chest wall followed by the face and head, but other body parts can be affected. The outbreak is in a band like fashion, called a dermatome, spanning one side of the affected side and not crossing the midline. Some people experience mild pain and itching, while others might experience intense pain from the gentlest touch or breeze.

People at Risk for Developing Shingles
As mentioned above, people who have the highest risk levels for developing Shingles are those who had chicken pox as children and there has been a lapse in their immune system. Primarily, the disease affects those over the age of 50 and is especially prevalent in persons suffering from any other condition that damages the immune system (like AIDS or cancer). Also, it can impact anyone taking immunosuppressive drugs.

Treating Shingles
It is important to treat Shingles because the VZV can directly affect the nervous system leading to other medical problems throughout the body. It’s critical to seek treatment swiftly before the disease progresses.

The severity and duration of an attack of Shingles can be significantly reduced by immediate treatment with antiviral drugs. Antiviral drugs may also help stave off the painful after-effects of shingles known as postherpetic neuralgia. Other treatments for postherpetic neuralgia include steroids, antidepressants, anticonvulsants, and topical agents.

In 2006, the Food and Drug Administration approved a VZV vaccine (Zostavax) for use in people 60 and older who have had chicken pox. Now the vaccine is more widely available so many older adults will for the first time have a means of preventing shingles. Researchers found that giving older adults the vaccine reduced the expected number of later cases of shingles by half. And in people who still got the disease despite immunization, the severity and complications of shingles were dramatically reduced. The shingles vaccine is only a preventive therapy and is not a treatment for those who already have shingles or postherpetic neuralgia.

What to Do if You Have Shingles
Shingles are often contagious to people that have not had chicken pox, so precautions should be taken to protect family members and others in close contact with the patient. The active virus is in the sores or blisters. They should be covered at all times, and bedding and clothing should be washed separately.

To alleviate some of the pain and discomfort common to patients suffering from Shingles disease , keep affected areas out of the sun and avoid using harsh chemicals like certain soaps or creams on the rash. Patients should also refrain from scratching and irritating the rash or blisters. Typically, pain medication is not as effective as desired, so a multimodality treatment is the best option to help control the devastating effect this disease can bring.

If you or a loved one is affected with post Shingles and you have been told “there is nothing that can be done, you just need to live with it,” contact the office of Dr. Robert J. Ycaza at 941-803-8395 to schedule a consultation and determine what treatment is best for you. The sooner treatment is started, the better the prognosis for minimizing the effects of Shingles.