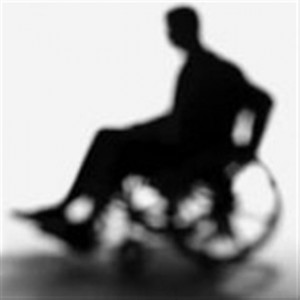 In the summer of 2006, the blockbuster “Snakes on a Plane” depicted Samuel L. Jackson as a courageous and smart FBI agent dealing with a true nightmare for the passengers of a plane from Honolulu to Los Angeles: snakes on a plane.

It is perhaps difficult for most of us to think that some patients affected by Parkinson’s Disease (PD) or similar disorders, such as Lewy Bodies Disease (LBD), may frequently experience similar “nightmares,” with the difference being this time, Samuel L. Jackson won’t be there to save them, and the snakes, contrary to those represented in the movie, are not real, but they are the product of what is known as “Parkinson’s Disease Psychosis” (PDP).

What is Parkinson’s Disease Psychosis (PDP)?
Psychosis is defined as a state or illness characterized by major alterations in mental function, severe disturbances in cognitive and perceptual processes (e.g. hallucinations, delusions), inability to distinguish reality from fantasy, changes in behavior, etc. Psychosis may be acute or chronic and in the case of PD patients, it is estimated to occur in up to 50% of the cases. PDP is primarily characterized by hallucinations (most often visual, but all sensory domains have been reported). The images are well defined and most of the time involve people in the house, children playing outside or inside the house, or animals. One must distinguish hallucinations from illusions. The latter are misperceptions of a real stimuli, often visual (e.g. a person sees a lamp and they perceive it as a person or a different object). Another feature of PDP often experienced by patients is delusions or false beliefs that are maintained despite evidence to the contrary. Paranoid delusions can be quite distressing. Common examples include those of delusions of jealousy, or that of “people trying to hurt or steal from the patient.”

Adjustments in Medication Can Help Eliminate Hallucinations
Despite the frequency of this problem, PDP is often under reported by patients and family members afraid of the “consequences” of telling their physicians or others that “their loved one is hallucinating.” It is disappointing to see patients coming to their initial consultation with us, after being treated elsewhere and having PDP for months and even years, and simply having been told “there is nothing we can do” or that “this is a side effect of the treatment,” as if there is nothing they could have done to minimize or resolve these problems. It appears that patients have to endure the presence of this rather distressful problem. This was recently the case for a 72 year old man who had reported (for over 2 years) recurrent, well defined, vivid visual hallucinations: seeing snakes on his bed almost every night. Adjustment in the doses of his medications eliminated the hallucinations within a couple of weeks.

Talk with your Primary Care Physician or Neurologist
What can you do if you or a loved one is experiencing PDP? The very first thing should be to discuss it with your Primary Care Physician (PCP) or the treating Neurologist. The treatment involves adjustment of the anti Parkinson’s drugs and careful review of concomitant medications, some of which could be the culprit. Medical problems (in particular infectious processes, such as urinary tract infections) must be ruled out. Any acute medical problem, hospitalizations or surgical interventions may trigger PDP.

Which Drugs are Considered for Treatment of PDP?
Once these interventions have taken place, if the psychosis persists, the use of anti psychotic drugs should be considered. The so called “non conventional neuroleptic” agents include several drugs, but only Quetiapine (Seroquel) and Clozapine (Clozaril) are safe to use in PDP. All the other medications in this family are contraindicated, due to the high incidence of worsening the parkinsonism. Quetiapine could aggravate or trigger low blood pressure upon standing (orthostatic hypotension), and not infrequently, the dose is limited by excessive sedation. Clozapine, although effective, requires frequent blood tests, as it could lower the white blood cell count.

Participation in a Phase III Trial
We are currently participating in a phase III trial to demonstrate the safety and efficacy of a novel drug (Pimavanserin) in the treatment of PDP. So far the drug seems to be very well tolerated and preliminary data suggests that it is effective in reducing the psychotic symptoms, improving sleep pattern and decreasing burden on caregivers. For those participants who complete the 6 weeks blinded therapy phase, an open label safety extension is offered. This is a great opportunity to continue treatment at no cost for the study drug, testing, and all visits connected to the trial until the medication is approved.

Feel free to contact us at 941-743-4987 with any questions or if you are interested in participating in a “free screening visit.”

Share
Previous Blood Pressure Safety: Monitor & Maintain
Next BUCKLE UP TO BRING THE DEATH LEVEL DOWN