SAME SEX MARRIAGE AND ITS IMPACT ON REAL ESTATE, DEATH AND TAXES 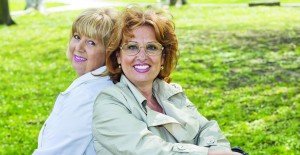 During the summer of 2013, the U.S. Supreme Court ruled on the concept of marriage equality. Following that ruling, the court went on to decide that State laws banning same sex marriages were unconstitutional.  That decision was born out of a New York case called Windsor v. United States.  It involved a same sex American couple who were married in Canada.  Ms. Windsor’s same sex spouse died and was forced to pay federal estate tax for the deceased spouse.  She sued the federal government claiming that New York recognized same sex marriages and therefore the Federal Government must refund the imposed tax.  The IRS said it did not have to refund anything because the federal government did not recognize same sex marriage based on the 1996 Defense of Marriage Act (DOMA).  The U.S. Supreme Court ruled otherwise stating that DOMA violated the Equal Protection Clause of the Constitution of the United States.  The history and decision by the Supreme Court concerning that dispute resulted in the recognition of same sex marriage in all fifty states.

The question then becomes what impact does that decision have going forward in time and how does it affect past decisions made by same sex couples.

Let’s start with IRA rollovers.  It is well known when a holder of an IRA dies their IRA can rollover to their spouse without any creditor or tax implications.  However, if the recipient of the IRA is not a spouse, there are limitations and possible creditor problems that can arise.  The problem now is, what about those IRA’s that were transferred to a same sex married couple prior to the Supreme Court ruling where the recipient’s receipt of the IRA proceeds were subject to tax and creditors because of the lack of being a recognized spouse.  Can that event be reversed such that the receiving same sex spouse be put back into the position they could have held at the death of the non-surviving spouse.  Moreover, can the taxation of the inherited IRA be reversed back to the moment of death and treated as a rollover IRA?  As of this writing, no formal decision or ruling has been determined regarding these types of conditions.  No doubt the problem of having to go backward in time to fix these situations will create a quagmire for the financial institutions holding your IRA and pension funds.

What about the availability of the Portability of Taxation entitlement at the death of the first spouse to die.  Prior to the Supreme Court decision, an opposite sex marriage had the ability to port their applicable exclusion of estate taxes to the surviving spouse.  The portable amount could give the surviving spouse a total of $10 million to exclude from federal estate tax.  However, a same sex couple could not port their applicable exclusion because their marriage was not recognized.  As a result, they would be limited to a $5 million estate tax exclusion.  Now that same sex marriage is recognized, can the surviving spouse go back and obtain a refund of any taxes paid by the decedent for estate taxes and will the government recognize the unused portable amount of the deceased spouse to the surviving same sex spouse?  Once again, no one presently knows the answer but it is likely the government will allow refunds and amendments to the ability to port any unused applicable exclusion.

What about jointly owned property?  Generally speaking there are three forms of property: real estate, bank accounts and personal property.  In Florida, when a married couple purchases real estate property, they traditionally take it as “Husband and Wife.”  When this occurs, the property is considered to be held as Tenants by the Entireties.  This label provides huge creditor protection from judgments.  Prior to the Supreme Court decision, same sex couples would have to title property as Joint Tenants with Right of Survivorship.  The legal purpose of titling the property this way was to provide a means of transferring such property to the other by operation of law should one of them die.  However, the protection against creditors would not exist.  It was possible that a judgment creditor could force the sale of such property against the same sex judgment debtor.  With the Supreme Court ruling, can that same judgment debtor reverse the forced (non-homestead) real estate sale and show the property was in effect held as Tenants by the Entirety; and, thereby recoup the proceeds from the forced sale of the property delivered to the Creditor in satisfaction of the debt?  It is doubtful that an allowance to a forced sale will be allowed; however, there have been no known Florida cases ruling on this subject and the legislature has not introduced a bill to solve this potential pitfall.

The gifting of property presents its own problems.  Under federal guidelines, a married couple can gift to each other an unlimited amount of assets without having to report such transfer to the IRS; but non-married couples are limited to an annual $14,400.00.  Any amount that exceeds the $14,400.00 threshold must be reported to the IRS for gift tax purposes.  With same sex marriages now recognized, the limitation of gifting (for purposes estate planning and Medicaid planning) is unlimited.  It also opens up the availability to prepare a (QTIP) qualified terminable interest property trust whereby the decedent can provide for the same sex spouse for the remainder of their life and at his or her death direct those funds to the children of the first to die without any tax implications.  It is highly likely that the government will grant an amendment to a person’s taxes should a gift between same sex married couples exceed that amount allowed in the year of marriage.  The issue will be how far back will the IRS allow an amendment to be made.

What about those same sex individuals who prepared a co-habitation agreement?  Now that their union can be recognized and they do in fact marry, will the cohabitation agreement become null and void should they not enter into a prenuptial agreement prior to their eventual marriage.

As of this writing, there are no hard policies or decisions in place to address the above in Florida.  The legal recognition of same sex marriage in the United States has created a whole new world.  The potential problems that arise looking forward and backward are almost limitless.

Looking forward, however; those individuals who were married outside or in the State of Florida are highly advised to have their estate, property, powers of attorney, title to property and health directives discussed with the attorney of their choice.  This is especially true when dealing with health care surrogates and directives.  A health institution may be reluctant to discuss with a same sex spouse the health needs of the other without a directive.  More importantly, tax implications, property protection and possible creditor issues should be discussed and a plan drawn up that best suits the same sex married couple.

James W. Mallonee (Jim Mallonee) is a graduate with a B.A. degree from the University of South Florida and a Master of Science degree from Rollins College in Winter Park, Florida.  He obtained his Juris Doctorate from the University of the Pacific, McGeorge School of Law in Sacramento, California.   Prior to returning to Florida to practice law, Mr. Mallonee was employed by Intel Corporation for 22 years in such locations as New Jersey, Florida and California.

In addition to being a member of the Florida Bar since 2003, Mr. Mallonee serves on the Charlotte Community Foundation Committee for asset allocation and teaches Business Law at State College of Florida.  Mr. Mallonee is also on the Board of Directors for the Military Heritage Museum located in Charlotte County, Florida.

His firm practices law in the following areas: Probate, Wills & Trusts, Guardianships, and Litigation in the areas of Real Estate, Guardianships and Estates.  The firm has two locations in Venice and Port Charlotte, Florida.