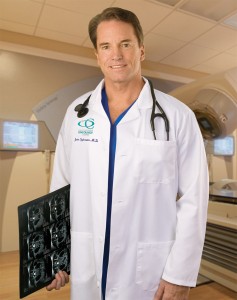 There has been a great deal of attention in the media recently about PSA screening. The United States Preventative Services Task Force (USPSTF) came out with preliminary recommendations that PSA screening should not be done. Currently, these recommendations are being evaluated. If these recommendations are passed, insurance companies may refuse to pay for PSA tests. Many prostate cancer experts were surprised and frankly upset by the USPSTF recommendations. We feel the USPSTF made some major errors. They made these recommendations after reviewing several articles published in medical literature. They primarily based their decision on one article published in the New England Journal of Medicine (NEJM) in 2009 “Mortality Results from a Randomized Prostate Cancer Screening Trial” (the PLCO trial). This paper evaluated whether patients, randomized to PSA screening versus “usual care,” experienced a reduced risk of death from prostate cancer. It was a poorly run study with major flaws and should not have been used to make any recommendations.

Problems with PLCO article:
• Only 85% of men in PSA screening arm actually got PSA tests.

• At least 52% of men in non-screening arm received PSA screening.

• Length of follow-up was too short to show a survival advantage.

• PSA cut-off was too high to detect many cancers when they are most curable.

Why the USPSTF chose to ignore these major problems was not explained. Moreover, the USPSTF chose to ignore the positive findings in the PLCO study. The “healthy” men who participated in the PLCO were 44% less likely to die of prostate cancer with screening. The 10% of men in the study that had one to two PSA checks prior to entering the PLCO trial had a 25% reduction in prostate cancer deaths.

During the PSA era, prostate cancer mortality in the USA has dropped 41% and the percentage of men being diagnosed with metastatic (incurable disease) has dropped 75%. The USPSTF suggests evaluation and biopsies be considered when men develop symptoms of prostate cancer. Every cancer doctor knows it is usually incurable at that point. But, the USPTF did not have any cancer doctors on the panel.

The bottom line: PSA screening saves the lives of thousands of men every year. Radical prostatectomy, external beam radiation therapy (IG-IMRT) and brachytherapy (seed implantation) continue to improve. Side effects are falling and cure rates rising. For example, in the medical journal Cancer in 2011, I published a 99.1% cancer-free survival rate with brachytherapy. Other experts are publishing similar numbers. We are making major strides in beating this disease. The USPSTF recommendations must be rejected; otherwise we could be put back to where we were 30 years ago.

Dr. John Sylvester is Director of Lakewood Ranch Oncology Center which is now a part of 21st Century Oncology. Previously, he was co-founder and Director of The Seattle Prostate Institute and Director of the Puget Sound Tumor Institute. He has published over 70 articles in medical journals on prostate cancer, and multiple medical textbook chapters. He is lead investigator in multiple prostate cancer trials. He co-wrote the American Brachytherapy Society Prostate Cancer Treatment Guidelines and The Prostate Cancer Treatment Book. Main contact number 941-907-9053.

Share
Previous Positional Vertigo: When the human gyroscope is not working
Next Most Fatal Falls Occur at Home 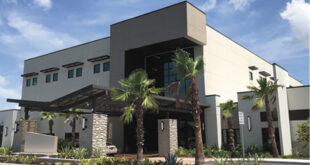