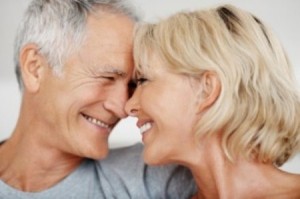 Prostate cancer screening and PSA have received a great deal of press over the past couple of years, and it is time to set the record straight. Consistent with most years, in 2011 there were 240,890 new cases of prostate cancer diagnosed in the United States and 33,720 U.S. men died of prostate cancer that same year. Think about it. With wide spread screening for prostate cancer in the most advanced country in the world for cancer treatment, we still have over 33,000 deaths per year due to this disease! Imagine how large this number might be without early detection and treatment.

Despite this common sense look at the actual numbers, the U.S. Preventative Services Task Force (USPSTF) has recommended against routine screening of men for prostate cancer. It may be worth noting that the USPSTF is a congressionally-mandated government agency appointed by the Agency for Healthcare, Research and Quality (AHRQ) under the U.S. Department of Health and Human Services. There are no urologists or oncologists on this government-appointed panel. This is also the same panel of individuals who make recommendations on what services should be covered under Medicare and Medicaid.

In 2009, the USPSTF tried unsuccessfully to eliminate mammograms and self breast exams for women ages 40-49. Their recommendations were subsequently rejected by congress due to the massive outcry of both the medical community and the public. At the same time they were going to release their recommendations against prostate screening, but held them back until recently due to the negative press they suffered after advising against breast cancer screening.

It is noteworthy that even the USPSTF acknowledges that prostate cancer is the most commonly diagnosed non-skin cancer in U.S. men and the second leading cause of cancer death in U.S. men. Despite this acknowledgement and with no new research, other than a cursory review of selected articles predating 2008, they argue that routine screening for prostate cancer is unnecessary.

A large study called the Gőteborg Randomized Population-Based Prostate Cancer Screening Trial was published in Lancet Oncology in August 2010. The study looked at 20,000 men over a fourteen year period of time and randomized them to screening versus no screening. The results were a 44% reduction in death rates due to prostate cancer in the screened group! This study was not part of the USPSTF’s research. It is worth noting again that the USPSTF is the panel who makes recommendations on what should be covered under Medicare and Medicaid. Just think of the cost savings to the government if nearly 250,000 men did not undergo prostate biopsies and were not offered cancer treatments. Thankfully for women, this didn’t fly with breast cancer.

Who will be the ones to suffer? Most likely it will be the underinsured, those who live in rural areas where health care is limited, those with a positive family history of prostate cancer and African Americans who currently have the highest death rate from prostate cancer.

The following are the current screening recommendations:
• All men should undergo a baseline digital rectal examination (DRE) and PSA blood test at age 40 years.
• All men should undergo annual DRE’s and PSA’s beginning at age 50.
• For those men who are at high risk for developing prostate cancer such as a positive family history or African Americans annual DRE’s and PSA’s
should begin at age 35 years.

Despite the USPSTF’s statement, prostate cancer screening is strongly recommended as per the above protocols by the American Urological Association, the American Society for Radiation Therapy and Oncology as well as the American Cancer Society. For more information or to schedule a consultation, call Specialists in Urology at 239-434-6300 or on the web: info@specialistsinurology.com.