Out Of The Emotional Darkness 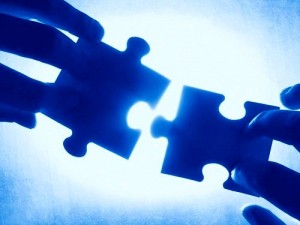 In just fifteen minutes another person will die from suicide. That person didn’t have to die. Preliminary data for the 2010 National Vital Statistics Report shows that suicide was the 10th leading cause of death. Annually suicide claims the lives of 35,000-40,000 Americans. The estimated financial cost is over $100 million per year.

The highest incidence of suicide is in the spring, contrary to popular belief that they occur in the wintertime around the holidays. Men are four times more likely to die by suicide than women, however women attempt suicide three times more than men. The highest rates of suicide are found in men over the age of 85.

More than 50% of suicides involve a firearm. Poisoning is the most commonly used method in women. One third of all suicide cases tested positive for alcohol at the time of death. Nearly 20% of cases were positive for opiates, either heroin or prescription pain medications.

Risk factors associated with a higher rate of suicide are financial, relationship status and other co-morbid illnesses. Rates increase among retirees, the impoverished and those that live in inner cities. In times of economic hardship, suicide rates tend to increase. Suicide increased from the 11th leading cause of death in 2007 to the 10th leading cause of death in 2008, coinciding with the collapse in the housing market and the resultant increase in unemployment rates and the strain on our economy.  Rates are also higher among divorced individuals, those that live alone, empty nesters and childless individuals. In addition, the rates of fatalities that are related to other serious illness but are misdiagnosed as suicides are unknown.

It is estimated that there are over 4.5 million survivors in America. In fact, 80% of people with depression are treated successfully. Counseling, or psychotherapy, is the most effective treatment for preventing suicide.   Therapy is aimed at teaching patients about their depression, ways to cope with his or her feelings and thoughts, and empowering them to manage stress in healthy ways. There are several different types of psychotherapy.

Cognitive behavioral therapy (CBT) focuses on a person’s ideas and views and how they influence actions.  It is aimed at teaching a patient to alter his or her beliefs to be more adaptive and thus influence a more positive and healthy behavior. This method of counseling was first used in the 1960’s by a psychotherapist named Aaron Beck.

Dialectical behavioral therapy is a form of CBT that is particularly useful in treating patients with suicidal ideations. This form of psychotherapy involves the discussion of two polar opposite views of the same scenario until they become almost blended together or meet in the middle. This teaches the patient that his or her views are indeed valid and at the same time they are able to see an alternate view and in turn try to focus their behavior in a different, more optimistic way.

Another type of counseling is interpersonal therapy (IPT). The purpose of IPT is to improve an individual’s communication skills and relationships with others. Generally it is one on one and attempts to get to the core of a patient’s personal concerns and seeks to find the cause of one’s depression. Other types of therapy involve groups of patients, often family and friends, but can also consist of members of a support group or other depressed individuals.

Each patient should have his or her therapy customized for them, because no two people are the same nor are their situations. Despite this variability, there is one common denominator, most cases of depression are treated successfully and do not end in suicide. The person’s life who is about to be lost doesn’t have to suffer anymore, because they can be helped and healed. If you or someone you know is in crisis, please call the National Suicide Prevention Lifeline at 1-800-273-TALK (8255).