Nipple-Sparing Mastectomies: Keep the real you! 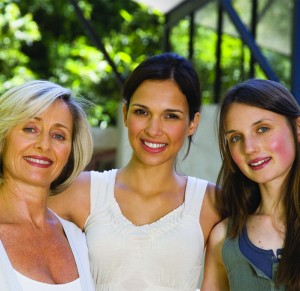 October is Breast Cancer Awareness Month, providing a great opportunity to learn about a new technique for surgical removal of one or both breasts, a procedure known as a nipple-sparing mastectomy. Breast cancer is the most commonly diagnosed cancer among women. According to the American Cancer Society, one in eight women in the U.S. will develop invasive breast cancer in their lifetime. The risk of developing breast cancer is higher when an immediate female relative has been diagnosed; however, 85% of breast cancer victims are the first in their family to develop cancer.

Mastectomies have gained popularity as a treatment for breast cancer, and even as a preventive measure. For the few women with a very high risk of developing breast cancer, a prophylactic mastectomy lowers the risk of the disease significantly; however, someone with low risk for breast cancer may not benefit from this procedure.

Undergoing a mastectomy can be a difficult emotional journey, especially because breasts are associated with female gender identity. For that reason, many women elect to undergo breast reconstruction after a mastectomy to improve their body image and self-esteem. For the newly constructed breasts to look more natural, surgeons perform a procedure called a nipple-sparing mastectomy. Women who have small, early stage cancer near the outer part of the breast, with no signs of cancer in the skin or near the nipple, may be eligible for nipple-sparing surgery. During the procedure, the nipple and/or areola are left in place while the breast tissue under them is removed.

Nipple-sparing mastectomies have become a popular option to reconstruct breasts using the patient’s own nipples. Studies have proven that women who have a nipple-sparing mastectomy have improved self-esteem and body image. Depending on the study, 30-60% of women are able to feel sensation in their nipple again over time.

For any questions regarding breast health or traditional mastectomies, or nipple-sparing mastectomies, please contact Associates in General and Vascular Surgery at (239) 939-2616. You can also visit their website at www.agvs21c.com.

Share
Previous Meet Your Professional Cancer Coach: Building A Battle Plan With Someone Who Beat It!
Next Frantz EyeCare Invites Local Residents To Enter iLASIK Video Contest One Lucky Person Will Win a free Lasik Procedure