Use It Or Lose It for Mental Health 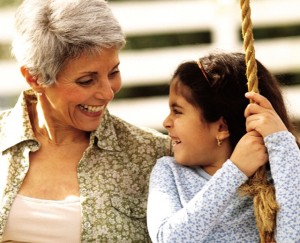 Every year, since 1927, the Better Hearing Institute designates the month of May as National Better Hearing month. This designation is to raise awareness of one of our nations leading handicapping disabilities: hearing loss. The Better Hearing Institute strongly encourages everyone to have their annual hearing check this month (especially individuals 55 years of age and older) to ensure you are hearing the best you possibly can. Estimates in the U.S. alone indicate there are more than 35 million people with some form of hearing impairment. A quick and simple hearing screening will let you know if your hearing is up to par.

Hearing loss usually happens very gradually, sometimes going unnoticed. Often times others will become aware of a family members hearing deficit before the individual with the impairment. Look for these  warning signs: asking statements, questions, directions to be repeated; turning up the television volume louder  than normal; hearing people speaking, but difficulty understanding the words; difficulty understanding on the phone, just to name a few. Also, hearing loss may be an indicator for the onset of other maladies; including diabetes, heart disease, and stroke.

Neglecting a hearing problem will cause irreversible damage over time, so it is vital to seek help as soon as possible. Johns Hopkins Medical University and The National Institute on Aging recently conducted studies on individuals with hearing loss, but did not wear hearing instruments.

Although the brain becomes smaller with age, the shrinkage seems to be fast-tracked in older adults with hearing loss, according to the results of a study by researchers from Johns Hopkins and The National Institute on Aging. The findings add to a growing list of health consequences associated with hearing loss, including increased risk of dementia, falls, hospitalizations, and diminished overall physical and mental health.

Dr. Frank Lin, M.D., Ph.D.’s study which appeared online in the journal Neuroimage in January says, “Our results suggest that hearing loss could be another ‘hit’ on the brain in many ways”. This latest study adds urgency to treating hearing loss rather than ignoring it. “If you want to address hearing loss well, you want to do it sooner rather than later,” Lin says. If hearing loss is potentially contributing to these differences we’re seeing on MRI’s, you want to treat it before these brain structural changes take place.” Also, Lins’s research has found that people with hearing loss are more likely to fall and have problems walking.

Case studies also show that hearing impaired individuals still in the workforce make less money (on average) than those that seek hearing solutions with hearing devices. This may be because those with hearing loss are perceived to be less efficient doing tasks required on the job; either because they did not understand the directions or requests by superiors completely, or orders were not heard at all. This sometimes creates adverse feelings among co-workers, due to lack of perception by the hearing impaired person to be a “team player”. Over the course of a career, this could conceivably cost hearing impaired workers to be passed over for raises, promotions, bonuses, or even be grounds for dismissal. These are factors that can be controlled with the proper hearing solutions; and can have a major impact on career earnings and lifestyle.

There are a multitude of reasons why hearing problems may occur. Sometimes problems stem from some type of birth defect. If the mother is ill or taking certain types of medicine during pregnancy it may lead to hearing problems at birth. Also, if the pregnant mother has a difficult delivery, lack of oxygen to the infant at birth may cause a multitude of problems, including hearing deficiency. In addition, it is not uncommon for mothers who have given birth to several children to suffer from hearing loss due to a pregnant woman’s production of milk. This has a correlation with above normal levels of calcium, which can build up in the middle ear, causing calcification to the 3 bones in the ossicular chain, when this occurs it restricts the normal movement of the ossicular chain (AKA otosclerosis), resulting in hearing loss.

There are two ways to overcome this malady. The first is surgical procedure which involves the actual scraping of the calcification off the bones, which restores normal movement. Secondly, hearing instruments are usually the most preferred option, avoiding any type of invasive surgery. Usually, some form of hearing device will do the job.

Certain pharmaceuticals are called ototoxic. Which are basically ”toxic” to the hearing system,
damaging an individuals overall ability to hear and understand speech. There are a plethora of possibilities that can adversely alter a person’s ability to hear normally other than birth defects: including heredity, infections, high fevers, blows to the head, heart disease, diabetes, stroke, noise exposure and the natural aging process.

The key to overcoming these various forms of hearing loss is addressing the issue as soon as possible.  Early detection is important to solving many medical issues, especially hearing loss.

Also, hearing instrument wearers report to be more self confident, out going, and active socially.  Improved intimacy with loved ones is also found to be noted by those who obtain hearing solutions versus those people that don’t. This is most likely because there is better communication between spouses; and less stress.

If you or a family member experiences any of these difficulties,please contact our facility 239-997-8288 for a FREE hearing screening during the month of May. Appointments are preferred, but walk ins are also welcome, and will be taken as time permits.