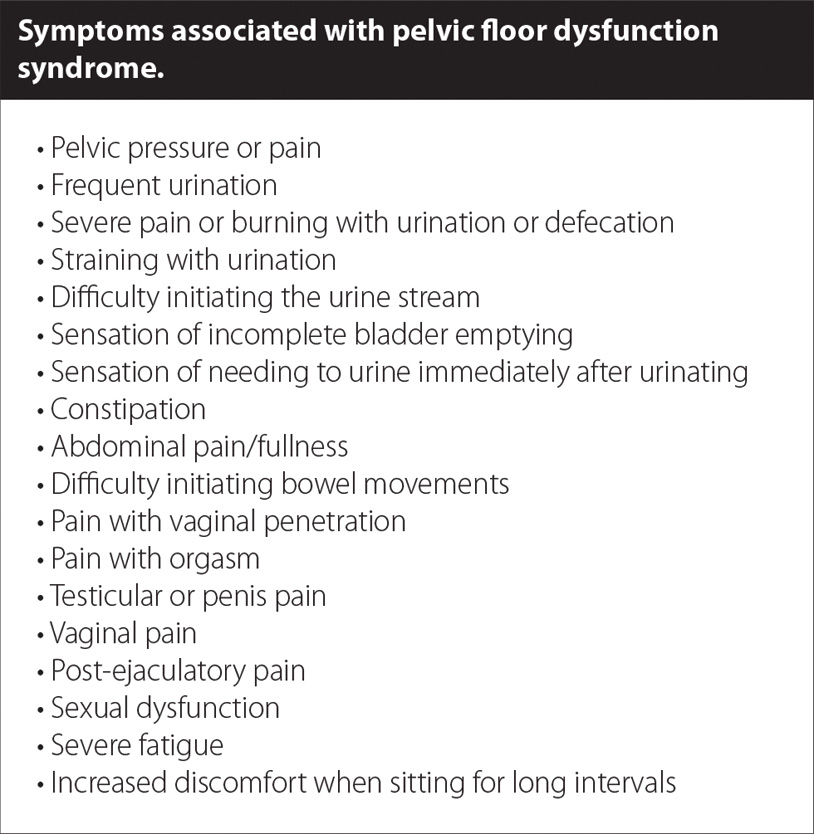 As these conditions may become frequent and severe, women should seek medical opinions until the root cause of the symptoms is discovered.

Underlying disease processes, such as pelvic inflammatory disease, endometriosis, and others need to be ruled out as the cause of pelvic pain. When symptoms and vaginal pain linger and no known source is found, injured, lax or weak ligaments and instability of the pelvis should be considered as the source of pelvic floor dysfunction.

The Pelvis and Pelvic Instability
The pelvic floor is composed of muscles and fascia that function to support the pelvic organs (bladder, intestines, and uterus) during contraction and relaxation. Their function is critical for urinary and fecal continence and sexual intercourse. The pelvic floor muscles assist in stabilizing the two connecting joints of the pelvis, the pubic symphysis joint anteriorly and the sacroiliac joint posteriorly. But the primary stabilizers of joints are ligaments. In the pelvis, the pubic bones are held together by ligaments. The sacrotuberous, sacrococcygeal and sacroiliac ligaments are vital to providing stability in the “back portion” of the pelvic rim upon which the muscles attach. The pubic symphysis is a disc.

Overstretching or injuries to the ligaments can destabilize the pelvis and cause pain. Ligament injuries cause the pelvic floor muscles to contract continually against an unstable base. Muscles trying to contract against an unstable base leads to painful muscle spasms as they become overworked trying to do the stabilizing job of the ligaments in addition to their normal functions. (See figure 2.) 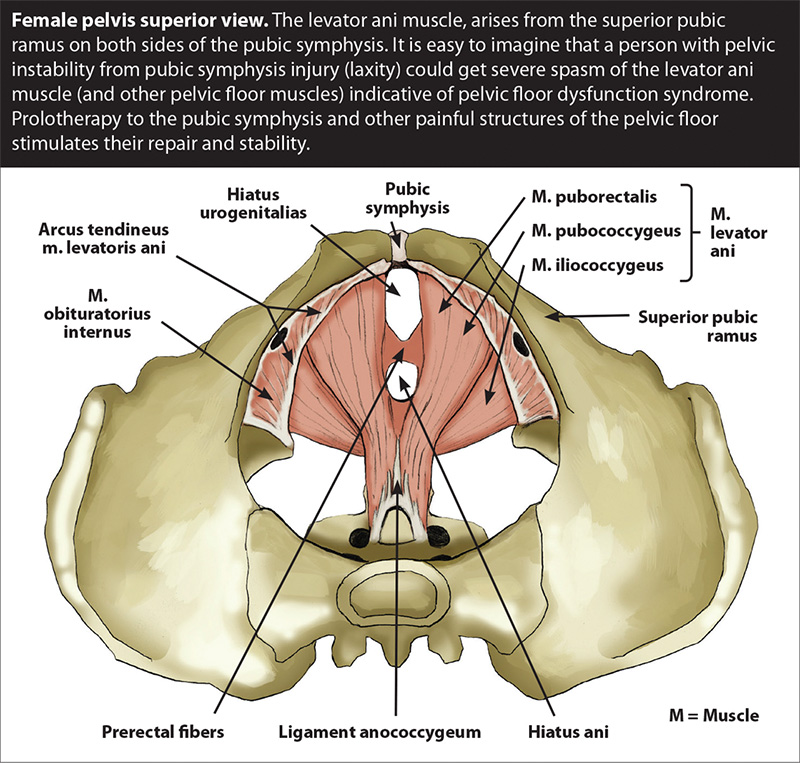 Therefore, injured ligaments must be considered as the culprit in cases of muscle spasms and pelvic floor pain.

Additionally, some patients who undergo spinal fusion for back pain have continued or worsening pelvic pain following the surgery. Research published in the Scandinavian Journal of Pain speculated the pain was coming from injured ligaments. (3) Persistent pain from adjacent ligaments stresses the spinal ligaments, along with the surgery itself which can damage the ligaments, and lead to post-spinal instability. In the research, these problems translated to pelvic pain in about 45% of women who had a spinal fusion. Weak ligaments refer pain throughout the body, including ligaments in the low back referring pain around to the groin or vagina. (See figure 3.) 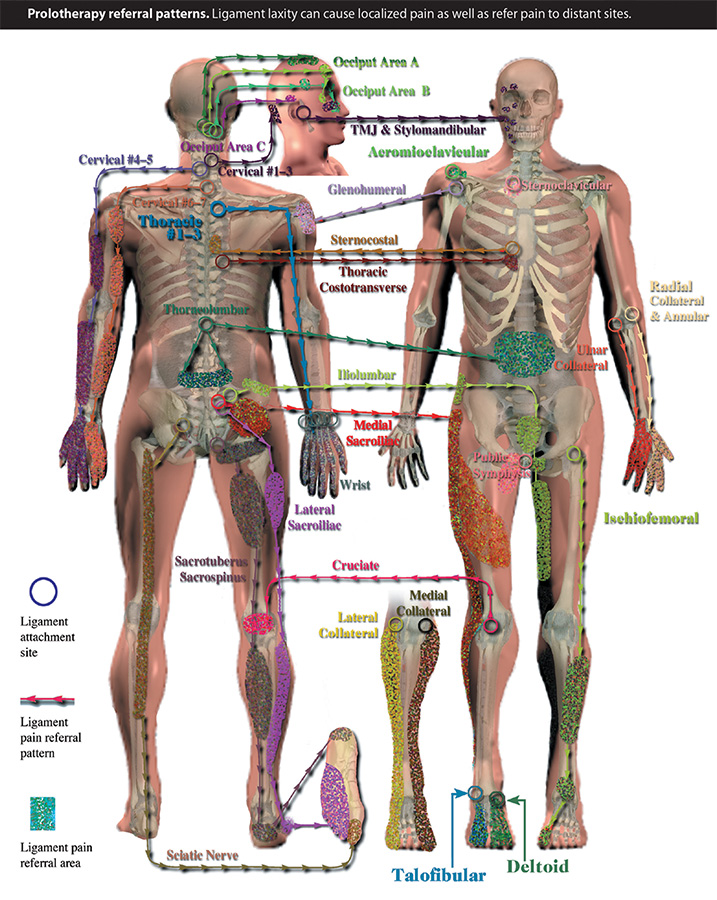 Treatments for Pelvic Floor Dysfunction
Physical therapy and Kegel exercises are often recommended to build up the muscles of the pelvic floor. Massage, biofeedback, trigger point release, and nerve blocks are other treatments which may offer some symptomatic relief for pelvic floor dysfunction, but treatments that address the underlying ligament damage and pelvic instability are typically necessary for permanent relief.

Regenerative Injection Therapy (Prolotherapy) is the primary treatment available to stimulate ligament repair, including those relating to pelvic floor dysfunction. Once the weakened tissues are identified, thoroughly treated, and strengthened, the chronic pain and symptoms usually abate. The treatment series works by initiating a mild, localized inflammatory response, which activates the immune system. The immune cells are attracted to the weakened or injured ligaments. These cells cause regeneration and strengthening of the injured areas over time, which makes it an ideal treatment for long-term results, versus a “pain management” approach which gives only temporary symptom relief and requires ongoing care. With the renewed strength, the ligaments can stabilize the pelvic area, allowing the muscles to contract normally and pressure on affected nerves is reduced. In short, Prolotherapy gives the body the resources it needs to heal for more desirable long-term results.

Venous Insufficiency: Who To See and What Does It Look Like?

Arthritis: What is it, and what can I do for it?