Many taxpayers are not aware of their duty to disclose such accounts and are often surprised at the harsh penalties associated with non-disclosure. The civil penalties for failing to disclose can range from up to $10,000 (per violation) for non-willful violations, and up to $100,000 (or 50% of account balance—whichever is greater) for each willful violation—and do note that each year that a taxpayer fails to file constitutes as a separate violation.

In 2009, the IRS started its Offshore Voluntary Disclosure Program (OVDP) which provides an opportunity for U.S. taxpayers who have not previously disclosed foreign assets to disclose these assets to the IRS without having to face criminal prosecution. If a taxpayer qualifies for the program, the taxpayer may not be criminally prosecuted by the IRS, however, the taxpayer will nonetheless be liable for the payment of taxes, interest and penalties. Since OVDP began, over 56,000 US taxpayers have paid over $11.1 billion in back taxes, interest, and penalties through the program.

While OVDP may provide great relief for those taxpayers with undisclosed foreign assets, the IRS has recently announced that they will be terminating the program on September 28, 2018. The end of the program does not mean that the IRS no longer cares about offshore tax avoidance, but should it instead be taken as a warning to taxpayers that the IRS is ready to tackle non-compliant taxpayers and has given them until the end of September to come into compliance and escape criminal penalties. The Criminal Investigation Chief for the IRS, Don Fort, recently stated that “the IRS remains actively engaged in ferreting out the identities of those with undisclosed foreign accounts with the use of information resources and increased data analytics.” The recent announcement was intended to resonate with the public that “stopping offshore tax noncompliance remains a top priority of the IRS.”

While the current OVDP is ending, there exist other IRS programs that aim to aid taxpayers into compliance. The IRS offers a series of Streamlined Filing Compliance Procedures which are available to taxpayers whose failure to report offshore income and assets is due to reasonable “non-willful” conduct. However, these programs, like OVDP, are not set to last forever and the IRS may decide to terminate them at any time.

Taxpayers with undisclosed foreign financial assets should disclose these assets as soon as possible. However, some taxpayers will play Russian Roulette in hopes that the IRS will not knock on their door. These taxpayers are playing a dangerous game, which can end up in thousands of dollars in civil fines and even criminal imprisonment.

Before time runs out on making a voluntary disclosure in the current program, non-compliant taxpayers should consult with counsel to evaluate their options and determine whether participation in OVDP or other IRS compliance programs is appropriate for them.

This Article does not constitute legal advice and may not be relied upon as such. Each individual’s facts and circumstances are different. If you have any questions regarding your particular situation, please consult with legal counsel.

Bonie Montalvo practices in the areas of estate planning, business succession planning, tax planning, and not-for-profit law. Ms. Montalvo has her LL.M. in Taxation from the University of Florida and is fluent in Spanish. 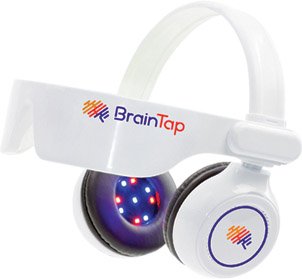 WANT TO LEARN HOW TO RELAX, REBOOT AND REVITALIZE? HOW YOU CAN TAP INTO YOUR BRAIN FOR OVERALL HEALTH

Muscle Activation Techniques – What it is & How it will Help You This Month: Think of a bed