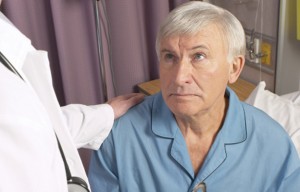 Dear Dr. Camisa:
My uncle has had a rash for years that was recently diagnosed as cutaneous T-cell lymphoma. The doctors say it’s a rare type of skin cancer. If that’s true, how will he be treated?
Signed, Anthony E.

Dear Anthony:
A lymphoma is a type of cancer which is derived from white blood cells in circulating blood and in lymph nodes called lymphocytes. These cells, known as B-cells and T-cells, play a major role in the body’s immune defense mechanisms against infections and cancer. However, some lymphocytes may themselves undergo mutations and become malignant.

When the malignant lymphocytes accumulate in a solid organ such as the lymph nodes, liver, or spleen, the disease is called a lymphoma. When they are found predominantly in the circulating blood, the disease is considered a leukemia. It is possible to have lymphoma and leukemia at the same time.

In the case of a lymphoma that starts with lymphocytes that reside in the skin, almost always T-cells, the disease is called cutaneous, meaning skin, T-cell lymphoma. The common abbreviation is CTCL. Because the disease is rare, and has many different appearances in the skin, it can be very difficult to diagnose.

Stages of CTCL
Stage I or Patch Stage: The earliest form of CTCL begins as pink to salmon-colored patches on the skin that are flat, dry, and flaky. The rash may or may not be itchy. It may look like eczema, psoriasis, or fungal infection of the skin. Over time, it may gradually spread to more areas of the body and begin to itch. You may hear older names still in use for this stage of CTCL such as “parapsoriasis” or “mycosis fungoides.”

Stage II or Plaque Stage: As the patches spread and enlarge, they may also become elevated to form plaques. Elevation is a sign of more advanced disease. It is common for the rash to affect areas that are protected from the sun, such as the buttocks, groins, and female breasts. Unlike the more common skin cancers, CTCL is actually helped by sunlight.

Stage III or Tumor Stage: Tumors of CTCL are nodules in the skin that are higher than they are wide and may break down into ulcers and get infected.

Tumors may arise from patches or plaques in slow progression, or they may arise abruptly from normal-appearing skin, indicating advanced disease. These patients are more likely to also have solid organ involvement.

Stage IV or Erythroderma/Leukemic Stage: Erythroderma means that 90% or more of the skin surface is red and scaly, usually not elevated, and extremely itchy. The erythrodermic rash may have developed over time from patches and plaques, or it may have started as erythroderma from the onset. These patients are also more likely to have lymph node involvement and malignant T-cells circulating in their bloodstream.

Diagnosis of CTCL
Just as CTCL can be difficult to diagnose by examination because the disease mimics other common skin diseases, skin biopsies are often not definitive in the early stages. The pathologist may report some abnormal T-cells in the skin and suspect early CTCL, but their quantity and degree of abnormality may not be sufficient to confirm the diagnosis. Another test that can be run on the skin biopsy tissue is called gene analysis. Because the malignant T-cells arose from mutations in their DNA, DNA analysis can show a difference between normal DNA and DNA in the cancer cells. Unfortunately, this test is not very sensitive in early disease and leads to many false-negative results.

Any persistently enlarged or swollen lymph gland should be biopsied. In erythrodermic or Stage IV patients, the blood smear may show the larger malignant T-cells. In addition, other T-cell immunologic markers and genes of circulating lymphocytes can be studied to confirm the leukemic phase of CTCL.

Treatment of CTCL
The treatment of CTCL depends on the staging of the disease and whether there exists any internal involvement such as lymph nodes or blood in addition to the skin rash. Therefore, I won’t be able to comment on Anthony’s uncle’s case unless I have all his records and can examine his skin. The disease is so unique and variable in its behavior that treatment must be tailored to each individual case.

In general, CTCL is considered incurable, but long-term remissions can be achieved with a variety of medicines, ultraviolet light treatments, and radiation, such that patients do not die from this disease. Our goal then is to maintain remission or reduce activity of the disease so that patients live a normal lifespan and die from natural causes.

Examples of Patient Treatment
Here are some examples of how a patient may be treated at the different stages of CTCL. As a dermatologist, the majority of the patients I see with CTCL have the patch/plaque rash. If the skin involvement is limited to less than 10% of body surface area, I may try a potent topical steroid ointment or a chemotherapy gel called Targretin. If the rash does not clear after a few months of treatment, or if it involves more than 10% of the body surface area, full body ultraviolet light therapy is delivered by an in-office narrow band UVB cabinet. We can expect remission in 70-80% of cases.

If the disease does not respond well to aggressive narrow band UVB treatment given three times weekly for months, then we may select photochemotherapy, also known as PUVA, which is the combination of a pill called Psoralen plus UVA light in a full body cabinet. A pill form of Targretin may also be prescribed.

If the skin shows CTCL tumor nodules, then we must consult our colleagues in the specialties of oncology to give radiation therapy to the nodules and to scan the body for internal involvement. Fortunately, the tumors are exquisitely sensitive to radiation and resolve relatively quickly. If there is no internal involvement at this point, we can maintain that patient in remission with narrow band UVB phototherapy, particularly if the tumor arose from a patch or plaque. If the oncologist does find internal lymphoma, then certain pill or injectable chemotherapies may be selected.

If the skin shows erythroderma, that is, nearly total body red, scaly, itchy skin, sometimes called exfoliative dermatitis, the oncologist will need to be involved as well. The skin-directed therapies such as topical steroids and ultraviolet light improve the symptoms but do not help the lymph node and blood involvement, a condition also known as the Sezary syndrome. A combination of chemotherapy including alpha-interferon and a blood-cleansing treatment called photopheresis available locally have improved quality of life and extended survival. Stem cell transplantation for cure of the leukemic phase is under study at MD Anderson Cancer Center.

Prognosis of CTCL
The prognosis of CTCL is directly correlated to the Stage at diagnosis. It is also fair to say that the more extensive the skin involvement is, then the higher the risk of internal involvement. Therefore, early Stage I and II patients have the best prognosis such that their long-term survival may not be reduced at all by having the disease, while Stage III and IV patients statistically have the poorest survival measured in years after the diagnosis is made.

Charles Camisa, MD FAAD
Charles Camisa, M.D., is director of the Camisa Psoriasis Center at Riverchase Dermatology. Dr. Camisa is board certified in both dermatology and dermatologic
immunology and is a leading expert on phototherapy and psoriasis, eczema, vitiligo, skin lymphoma, skin lupus, lichen planus, pemphigoid and pemphigus.
He is the author of Handbook of Psoriasis and more than 140 peer-reviewed journal articles and textbook chapters on various skin and oral diseases. Dr. Camisa
also discovered and reported a rare genetic syndrome, with honeycomb-like thickening of palms and soles and generalized fine scaling of the body skin, which now
bears the name Camisa Disease.

Share
Previous You Only Live Life Once – do it well
Next Top 6 Reasons to Get Your Leg Vein Evaluation and Treatment this FALL.