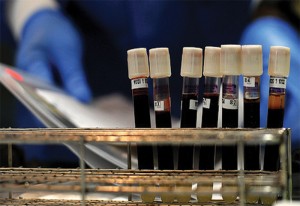 Less Aggressive Therapy with Screening Detected Cancers
The USPSTF recommended against screening mammography a few years ago for women aged 40-49. This recommendation has subsequently been proven wrong. In Radiology, 2012;262:797-806, Judith Malmgren from the University of Washington in Seattle published that women age 40-49 with screening mammographically detected breast cancer have a lower cancer recurrence rate and require less aggressive therapy than women whose cancer was not detected with screening mammography. The USPSTF has a questionable track record. In men with PSA detected prostate cancer, we can often treat with less aggressive therapy which results in fewer side effects. If not diagnosed until cancer is more advanced, the side effects are worse and the cure rate is lower.

Breaking News (Reported in AMA Wire)
Eliminating prostate-specific antigen (PSA) testing for prostate cancer could result in three times more men with advanced prostate cancer, according to new research published last week in the journal Cancer. They predict metastatic prostate cancer will rise from the current level of 8,000 new cases per year to 25,000 a year if PSA screening is abandoned.

To learn more or to schedule an appointment, please contact Lakewood Ranch Oncology Center at 941-907-9053 or visit us online at www.LWROncology.com.

Share
Previous IN AN AUTO ACCIDENT? NOW WHAT?
Next Piriformis Syndrome