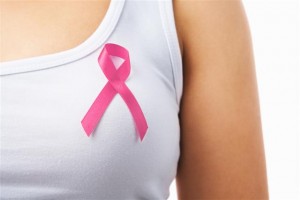 Breast cancer is one of the most common cancers in women. Since 1 in 8 women will be diagnosed with breast cancer it is likely that either you or one of your friends or family members will be affected. For that reason, it would be helpful for you to understand some basics about the treatment options.

With the widespread use of screening mammograms, most breast cancer is diagnosed at an early stage.
When the cancer is caught at an early stage, patients have their choice of either undergoing a mastectomy with or without reconstruction or a breast conservation approach. Breast conservation is best thought of as a “package deal” involving removal of the tumor (lumpectomy), an assessment to determine whether the cancer has spread into the lymph nodes under the arm, and radiation to the breast. Fortunately, these options have equal chances of curing the cancer, but they are quite different.

The most commonly used type of radiation is high energy x-rays.
These are the same type of x-rays used in chest x-rays or CT scans, except they are high energy to they penetrate in to kill cancer cells. Today, the delivery of the radiation is highly controlled so that it is focused in to the tumor containing area and hits a minimum of normal tissue. About two-thirds of the radiation effect is due to the formation of free radicals which then damage the DNA and other components of the cells. The remaining effect is due to direct damage to the DNA itself. Fortunately, normal cells are better able to repair this damage than cancer cells are.

Following the lumpectomy, most patients receive radiation to the entire breast. This is accomplished by aiming the high energy x-ray radiation beam in an angled fashion so as to treat the breast while skimming along the chest wall in order to miss the organs in the chest as much as possible. For patients with left-sided cancers, a special technique of intensity modulated radiation therapy is commonly used to minimize the risk of any effects on the heart.

This therapy is given once a day, five days a week for about 5 weeks. In most cases, the area near where the tumor was removed receives a “boost” of an additional week or so. Most often the boost is given with more superficial radiation called an electron beam.

Side effects of the radiation are generally mild. These include the possibility of skin reaction, such as skin redness and itching much like a mild sunburn. This is temporary and goes away after the treatments are over. Some patients then have a subtle tanning within the treated area, but this too goes away with time. Fatigue is also common, but is temporary and also goes away. These effects vary substantially from patient to patient.

Depending on their age, tumor size and other factors, some patients may be candidates for partial breast radiation treatments. This involves placing a balloon, containing a hollow catheter, directly into the tumor cavity created at the time of lumpectomy. A radioactive pellet on the end of a computer controlled wire is then run out into the balloon and delivers radiation directly to the tumor cavity. This type of radiation has a short range and thus has minimal effects on normal tissues. Since the amount of normal tissue treated is minimal, so are the side effects, which generally include skin reaction if the tumor was located close to the skin and some scarring of the tumor cavity wall. The treatments are quick, requiring about 15 minutes per session and are given twice a day, morning and evening for a total of 10 treatments.

By using a breast conservation approach, most women are able to keep their breast and have an excellent cosmetic result.

Michael D. Smith, M.D. with Premiere Oncology has over twenty years experience in the field of Radiation Oncology. He trained at such distinctive institutions as Baylor College of Medicine in Houston, Texas and Indiana University in Indianapolis, Indiana. He held an academic position as associate professor at Vanderbilt University in Nashville, Tennessee before entering private practice.