Autoimmune Disorders and Increased Risk of Heart Disease in Women 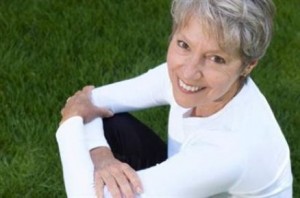 Despite an overall reduction in the death rate due to cardiovascular disease (CVD) in the United States over the last several decades, the rate of decline is less for women than men. Because the risk of CVD increases with age, there is a need for an increased awareness of the importance of CVD as a major public health issue for older women. CVD ranks first among all disease categories in hospital discharges for women. Misperceptions still exist that CVD is not a real problem for women, although it is estimated that 1 in 2 women will eventually die of heart disease or stroke, compared with 1 in 25 who will eventually die of breast cancer. The sheer magnitude of the epidemic in women necessitates a strong emphasis on prevention to reduce the burden of CVD in our society.

Even though women’s greater susceptibility to autoimmune disorders has been recognized for more than 100 years, only recently has attention focused on this topic. For some time, the basic immune response between men and women has been known to differ, with women producing a more vigorous immune response and increased antibody production. Thus, the elevated immune response in women may even further amplify the adjuvant effect of infection, thereby increasing the possibility that chronic, autoimmune disease will subsequently develop in women.

Autoimmune diseases can affect virtually every site in the body, including the endocrine system, connective tissue, gastrointestinal tract, heart, skin, and kidneys. At least 15 diseases are known to be the direct result of an autoimmune response, while circumstantial evidence implicates >80 conditions with autoimmunity. Research indicates that individuals with lupus and other autoimmune disorders are at an increased risk for cardiovascular disease (CVD), which involves hardening of the arteries and can lead to heart attacks and strokes later in life. With the increase in the number of autoimmune cases in recent years, the link between autoimmune disease and cardiovascular disease, particularly in women, is of rising concern.

We are all aware of the “normal” CVD prevention tips: don’t smoke, exercise, eat well, and if you have diabetes, cholesterol, or high blood pressure get them under control. What is often overlooked, but certainly shouldn’t be especially in women, is treating and managing autoimmune disease can reduce the risk of CVD.

In studies that compared a group of women with lupus to a group of healthy women, researchers found that the lupus patients were more likely to have traditional risk factors for heart disease, such as diabetes and hypertension. In addition, these women had an earlier onset of menopause, and had higher levels of unsafe blood fats, including triglycerides and low-density lipoprotein (LDL) cholesterol. These factors are all exacerbated by the inflammation caused by lupus and contribute to the increased risk of coronary heart disease and accelerated atherosclerosis. As a result, researchers suggest that lupus should be considered equivalent to coronary heart disease as a known risk for heart attacks and strokes.

Because concerns about coronary heart disease in lupus and other autoimmune patients have increased dramatically, researchers are studying potential therapies to reduce these risks. These include developing treatments that incorporate cholesterol-lowering drugs and aspirin-therapy. Meanwhile, lupus patients can take well-known steps to help lower their risk: lose weight, stop smoking, lower blood pressure, and get moderate aerobic exercise.

Recent developments in autoimmune disease and cardiovascular research undoubtedly will have a significant impact on prevention, clinical care, and outcomes of women and will provide direction for future work. For more information on the link between autoimmune disorders and heart disease, please feel free to contact the Southwest Institute for Cardiovascular Fitness and Treatment (SWICFT) at (239) 261-2000.

Shannon Brown, ARNP
Shannon is the most recent addition to the SWICFT team of providers as an Advanced Registered Nurse Practitioner. She is board-certified by the American Nurses Credentialling Credentialing Center and licensed in the State of Florida. She has worked in the local community as a nurse practitioner for more than a decade with Anchor Health, the Seminole Tribe of Florida, and Hospital Physician Partners.

Shannon has a unique combination of strong clinical skills and the ability to build trusting and lasting relationships with her patients. She is very excited to become a member of the SWICFT team providing personalized care to its patients and she looks forward to helping develop the new Women’s Heart Health Program at SWICFT.