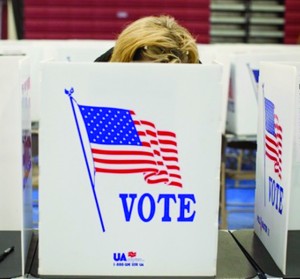 First, this is actually meant to be an article that hopefully will benefit you in planning your estate and tax affairs. Now that I have lost you at “hello,” let’s look at the recent election and how past history may be the best indicator of the future (so hopefully you can plan accordingly). The political pundits have been trying to make heads or tails over the reasons why the election turned out the way it turned out and most are focusing on demographics, geographics and other trend factors (though not all the same). For a slightly different spin than the ones you may have heard from the media outlets…let’s look to the world of sports:

In many respects, sports are a microcosm of other aspects of life. Where else in a 1-3 hour timeframe can you see all that is good and bad revealed. Unfortunately, of recent, sports have become more of an entertainment industry where parents and fans live vicariously through the players on the field/court, etc. Talk shows spend hours dissecting the pregame, postgame, etc. and building up hype for the big event.

I never really thought of it until now, but I guess that is what has become of elections. Who would have thought that elections, that are so vital to our country’s freedom and governing structure would become more of an entertainment spectacle?

The similarities of this election to the Super Bowl are quite revealing.

Here are some interesting statistics.
Draw whatever conclusions you wish:

The primaries could really be seen as the playoffs. For the small minority of folks who participated in the primary (yes even less than the general election) it would seem the vast majority of them stopped caring after their candidate/team lost during the knockout rounds. The one staggering statistic from the election was the fact that although this election was seen with much anticipation, many of those “holding tickets” (i.e., registered voters) did not bother to show up at the game. Bad weather = low attendance….Sandy to blame, etc.

Sure, the small group of true “blue” fans went home happy and the small group of dyed in the wool “red” team fans went home disappointed; however, the vast majority of the people (bandwagon riders), either did not attend the big game (vote) or they stayed home feeling empty (disenfranchised?). All in all, it was like watching one of those Super Bowls that everybody had eagerly debated and anticipated, but in the end came away disappointed that the game/election didn’t live up to the hype.

This is especially true for those who were hoping that the election would provide some type of finality to the maddening tax law changes that have taken place over the last 10 to 20 years. It seems like any legislation that gets passed these days has a short shelf life. Even if it is permanent bad news, it would seem that most people would be okay with that. At least they could take appropriate steps to “duck.” Which brings me to the topic of the Fiscal Cliff and Lame Duck session.

So what can be expected after the election? As stated above, if the past is any indication, more of the same. Both sides of the aisle will propose legislation (even suggesting permanency to their proposal perhaps) that will not be agreed to by the other side. The respective bills will get chewed up and the by-product (at the 11th hour) will resemble true compromise that has the heir of temporariness (i.e., remain in effect until such time as our economy rebounds and “we can really sit down and tackle our nation’s debt”).

What does this mean for estate tax planning? If you have been waiting for “permanency” before you address your estate plan, then you may be engaging in futility. In the short run, nothing major is likely to happen. After all, the “season” is over. We will have small dose of a Fiscal Cliff (and even sequestration, despite some of the rhetoric thrown around during the pregame interviews), but I suspect that its impact will be lessened by temporary adjustments, etc. That may mean some modest scale back to the estate tax exemptions and higher tax brackets (i.e., ticket prices are going up), but nothing earth shaking. After all, each team still needs to keep up its fan base.

In short, despite the unfortunate similarities, the election isn’t a game (nor should it be) and your financial affairs and tax planning will be impacted in one way or another as a result. The irony in all of this is that uncertainty will be the status quo for a while. Knowing that, one should plan accordingly.

The comments expressed herein are intended for general informational purposes only and should not be relied upon as legal advice. Please consult legal counsel to obtain specific advice for your situation.

Blake W. Kirkpatrick is a Board Certified Wills, Trusts and Estates attorney. Blake’s practice is concentrated in the areas of estate and tax planning, charitable planning, business succession planning, and estate and trust administration. He has spoken to many different organizations on estate planning, charitable planning and estate administration related topics as well as authored articles for various publications. Blake is active in his church and in the Naples and Bonita Springs communities through volunteering on various civic organizations and coaching youth sports.