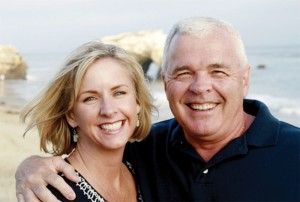 This is the conclusion of Jacques Légaré, professor at the Université de Montréal, who studies aging baby-boomers.  The study notes that this is a generation for whom children are relatively rare and stable couples almost an exception.

In a paper presented at the 2010 Congress of the Humanities and Social Sciences, held in June at Concordia University in Montreal, Mr. Légaré shows how the family circle available to the elderly will evolve from now until 2030.

It is usually the elderly person’s family circle that provides care. Mr. Légaré notes that about 70 percent of the care provided for frail seniors comes from the informal network – essentially the spouse or the children. This is only possible because today’s elderly – baby-boomers’ parents – have more children to care for them and generally live in stable couples.

This situation will soon change. Divorce, common-law unions, blended families and relatively few children per couple are factors to consider. In addition to this, death rates have declined considerably, to the point where average life expectancy has grown considerably. Couples who have not split up will be living together longer.

Tomorrow’s elderly – today’s boomers – had far fewer children. Who will take care of them? “Millions of boomers have their heads buried in the sand when it comes to long-term care planning,” states Jesse Slome, executive director of the American Association for Long-Term Care Insurance. “That’s what forced the government to try a voluntary plan (the CLASS Act) with the hope that at least a small percentage will do some planning.” Without funds to pay for care, millions will find themselves in difficult circumstances and have to turn to the public system to pay their way.

According to professor Légaré, new programs must be developed to model these extended families and new support systems.

If informal services change, the public system must also adapt. “Boomers have done nothing like the others,” Mr. Légaré points out. “They stand out from the other cohorts, and we believe they will do so again.”

Share
Previous Piriformis Syndrome
Next Nutrition Choices to Opt Out of Aging!