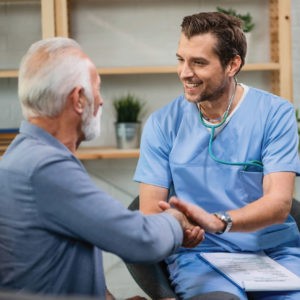 Change in modern laws within the last 20 years has allowed marijuana to resurface and make waves in most states due to either full legalization or allowing it to be prescribed through medical means. Studies have come to fruition suggesting that access to marijuana has a direct inverse correlation to opioid usage and overdoses with the opioid overdose mortality rate between 1999 and 2010 being 21% lower than expected. Access to medical marijuana has also been linked to a drop in Medicare prescriptions for ailments such as chronic pain, anxiety, and depression. Anecdotally, many patients of ours are reducing or stopping their prescriptions that once held a grip on their day to day life. The answer for the age old question “How can one plant act as a blanket medicine for many illnesses?” is due to the wide variety of cannabinoids found throughout the plant. Cannabinoids are the compounds found within marijuana with a select few contributing to the psychoactive effects of the plant. THC and CBD are the most widely known and provide the majority of the relief with THC being the component known for the ‘high’ that also bestows analgesia, appetite stimulation, and sleep. While CBD is commonly known for its ability to help induce sleep and reduce inflammation.

These cannabinoids are the main two but there are still a huge list of others (and variations of the main two) such as CBN, CBG, CBC, and many more. New research is released everyday further cementing medical marijuana as a staple in our society, giving new life to a plant as old as history itself.

While medical marijuana may not be ideal for everybody, it has a solid track record of use over the last two millennia with modern scientific research to back it up thanks to a shift in legality. See if medical marijuana can benefit you by calling or visiting one of our offices today and we can start taking the steps to provide relief from whichever obstacles life has thrown your way.

What Is a Life That Counts?

“NO” Health Insurance in 2014? Now facing a TAX penalty? You may have a “Special Enrollment Period”