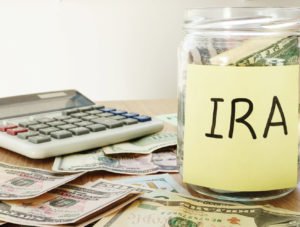 When Individual Retirement Accounts (IRA) were first introduced in the late 1970’s it was generally understood you could place $4,000.00 into a tax deferred account and at some time in the future you would get it back following retirement. That’s about all we knew; fast forward 40 years and how IRA investments work when getting ready to pull it out as retirement income can be a mystery. This article will give you the basics of the rules involving IRAs; there is no discussion involving Roth IRAs.

Your contributions to your IRA were not taxed when contributed nor during the years preceding your 70 ½ birthdate. The beauty of the IRA is that the gains made on the invested funds are also not taxed. This gives your investment the ability to increase in value without having to pay taxes on those capital gains made when buying and selling stocks or other equitable assets as you get closer to age 70 ½ years. However, its when you begin taking distributions from your IRA that taxes will be paid on the amount removed (generally recognized as Minimum Required Distributions (MRD)).

You must begin taking MRD’s at age 70 ½ which is treated as ordinary income and taxed at IRS standard rates. At death, the remaining value of the IRA is calculated into a decedent’s gross estate. Fortunately, in today’s environment, the applicable exclusion for Federal Estate Tax is $20 million for a husband and wife or $10 million for a single individual plus any portable amounts from a pre-deceased spouse. Should an IRA owner fail to begin taking the MRD at the required time following age 70 ½, you may be liable to the IRS for a penalty of 50% between the difference of the actual distribution amount withdrawn and the mandatory amount to be taken.

You can begin withdrawing from your IRA at age 59 ½ without penalty. Should you begin withdrawing from your IRA at age 59 ½, you do not have to take the MRD amount at that time, but you must take the fully calculated MRD after you reach 70 ½. The latest date you can defer taking your mandatory MRD is April 1 of the calendar year following the year you reach age 70 ½. Thus, a person who is 70 ½ in February, 2019, must take his or her mandatory MRD on or before April 1, 2020. All subsequent MRD payments following the one in April 1, 2020, must be received by December 31, 2020 and each year thereafter. It is possible to pick two payments in the same year as demonstrated above. You can withdraw each month, but the total of the withdrawals must equal the mandatory MRD for that year.

The MRD is calculated yearly and is based on the value of the IRA at the close of business on December 31 of the preceding year. That value is divided by the life expectancy for an individual found in the IRS regulation tables §1.401(a)(9)-9. This mathematical calculation is done each year.

If the designated beneficiary is not the surviving spouse. The inheriting beneficiary may have the funds rolled over into an IRA account of their own on a direct transfer from one administrator to another. If this is accomplished, the amount transferred is not considered income to the receiving beneficiary and therefore not taxed. An inheriting beneficiary cannot contribute to the rolled over IRA and no other rollovers (where the decedent has multiple IRA accounts) should be included in the same account. In essence, the accounts are separate. The inheriting beneficiary may take the full amount of the IRA or (in most cases) stretch the MRD’s over their life expectancy (provided the rollover is completed before December 31 of the year following the death of the original IRA owner). If the election is to take the life expectancy route, the calculation is once again calculated each year.

What about a trust beneficiary? An IRA cannot name a trust as a beneficiary because it is not a natural person. However, trust beneficiaries may qualify as a designated beneficiary provided the trust is valid, irrevocable or becomes irrevocable following death of the Grantor with identifiable beneficiaries (natural persons) and deliverable by October 31 of the year following the Grantor’s death to an administrating financial institution. The IRA’s MRD must be directed to the trust beneficiary (these are called conduit or accumulating distributions). The downside of doing this is the possibility of higher taxes and loss of IRA stretching. In essence, it is not advised.

As you can see, the rules involving an IRA and its distribution are very involved. It is recommended you meet with a professional advisor when it comes to IRA distributions and how to handle its transfer following the death of its owner. For that reason, be sure to talk with the attorney or financial advisor of your choice about your options.

Understanding the Cognitive and Behavioral Symptoms of Parkinson’s Disease

Stop letting extra pounds hold you back. If Not Now, When?