WISDOM TEETH: To Extract or Not to Extract! 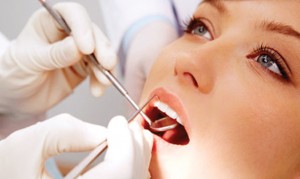 Third molars or “Wisdom Teeth” as they are often referred to, are the last teeth to erupt in the mouth. For a long time they have been regarded as useless and troublesome teeth that must be removed for preventive measures. However, when the wisdom teeth are fully erupted and align properly (biting correctly with the opposing tooth), and the gum tissue is healthy, they do not have to be removed. This is also true if the wisdom teeth are able to be cleaned (brushed & flossed) as part of the daily oral hygiene routine.

Unfortunately, this does not generally happen because of crowding or malposition of the wisdom teeth and their sequelae. The extraction of wisdom teeth is necessary when they are prevented from properly erupting within the mouth. Because human jaws have become smaller throughout evolutionary history, when wisdom teeth form they may grow sideways, partially emerge from the gum, and even remain trapped beneath the gum and bone. In smaller mouths, the wisdom teeth are hard to reach to with a toothbrush – food gets trapped in the gums and this leads to decay and infection, causing harm to adjacent teeth.

Wisdom teeth that do not erupt but remain tucked away can also lead to oral problems, such as crowding or displacement of permanent teeth. On very rare occasions, a cyst (fluid filled sac) can form in the soft tissue surrounding the impacted wisdom tooth. These cysts can lead to bone destruction, jaw expansion, or damage to the surrounding teeth.

The relationship between partially impacted wisdom teeth and periodontal disease is a relatively new finding. Multiple Periodontal Studies have show the pathologic sequelae associated with impacted wisdom teeth. The presence of impacted wisdom teeth adversely affects the supporting structures on adjacent teeth – causing bone loss, root resorption & gum disease. Gum or Periodontal disease occurs when bacteria grow in the tissue supporting teeth, which can damage the tissue and cause spaces known as pockets to form around the roots. As it worsens, the infection can loosen and damage the teeth, eventually requiring them to be extracted. Wisdom teeth are particularly vulnerable because they are difficult to reach and keep clean. Once the bacteria get established in the mouth, the risk they will spread and damage other teeth increases significantly. It has been shown that high concentration of periodontal bacteria are found in gum tissue surrounding wisdom teeth.

Studies show that three out of four people will have wisdom teeth problems at some point in their lives. Wisdom teeth are easier to remove with fewer complications in younger patients (late teens & early 20’s). This is because the roots of the impacted teeth are not completely formed, the surrounding bone is softer, and there is less chance of damaging nearby nerves or other structures. Removal of wisdom teeth at a later age becomes more complicated as the roots complete development and the bone calcifies. Earlier removal of wisdom teeth results in a quicker and less painful recovery process.

Your periodontist can help you determine whether a particular wisdom tooth may become problematic in the short or long term. Once this decision is made, the appropriate treatment can be rendered.

Dr. Teodoro is a Board Certified Periodontist.  He holds both Diplomate status in the American Academy of Periodontology and the International Congress of Oral Implantologists.

Dr. Teodoro is an Adjunct Professor to the University of Pittsburgh School of Dental Medicine. He is also a Clinical Assistant Professor at the Naples Dental Residency Program for the University of Florida. Dr Teodoro served as a Major in the United States Air Force practicing Periodontics. Throughout his Air Force career he served as the Chief of Periodontics, Director of the Implant Board & Clinical Instructor. Dr. Teodoro is one of the local leading authorities in Laser Periodontal Therapy and in the Brånemark method of Implantology. He was the first Periodontist in both Lee and Collier county to bring Periodontal Laser technology with the PerioLase Laser for the treatment of Periodontal Disease.