What Patients Need To Know About Metal on Metal Hip Implants 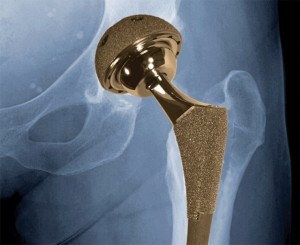 Metal-on-metal implants used during hip replacement surgery continue to come under fire. There have been major concerns about product safety and reliability, as well as the potential health risks to patients.

First, it’s important to realize that for decades, hip replacement surgery has been a successful treatment for painful and disabling osteoarthritis. During surgery, the “ball and socket” in the damaged hip joint is replaced with an implant composed of plastic, ceramic or metal. Initially, metal-on-metal implants were thought to be a superior technology, but now we know there are serious drawbacks.

One of the biggest concerns is the risk of metal implants rubbing against each another, causing tiny metal particles to flake off and lodge in the tissue and bone. There is also the danger of metal particles entering the bloodstream and traveling to the heart, nervous system and other organs.

In addition, metal-on-metal implants seem to have a higher than normal failure rate, which can lead to the need for additional surgery. It’s not understood exactly why this happens, but some experts suspect a build-up of metal particles may cause tissue damage or the metal implants themselves may cause an allergic immune response.

Concern about the rising number of reported problems prompted the FDA to convene a panel of scientific and medical experts this summer to discuss the situation. Some types of metal-on-metal implants are still on the market, but there has been a significant drop in the number of physicians using them.

More research is needed before final recommendations are made, but Dr. Joshua J. Jacobs, first vice-president of the American Academy of Orthopedic Surgeons, reports that several important lessons have already been learned, starting with the need for a comprehensive U.S. joint replacement registry that would allow doctors to identify potential problems earlier. He also recommends development of new methods for testing medical devices and encourages physicians to be more cautious about adopting new technology too soon when existing methods have proven satisfactory.

What is the bottom line for patients? While, only a relatively small percentage of patients with metal-on-metal implants have reported serious symptoms, physicians are asked to monitor patients for signs of any adverse reactions. Each case is individual, but lab tests can evaluate the level of metal ions in the blood and X-ray or magnetic resonance imaging may be useful as well. Patients who develop new or significantly worse symptoms such as swelling, pain, numbness or change in ability to walk should contact their physician right away.

For more information about metal-on-metal implants or other orthopedic-related concerns, call Dr. John Kagan at 239-936-6778 or go to www.kaganortho.com.

Share
Previous A Great Alternative to the Emergency Department?
Next THE MOST VERSATILE BRACE OF ITS KIND