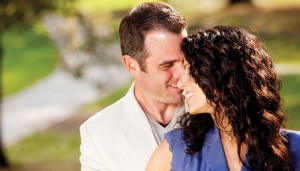 Vasectomy has grown in popularity throughout the world since its inception in the 19th century. Approximately 600,000 men each year choose to undergo a vasectomy in the United States alone. Of those procedures, urologists perform 85% of vasectomies.

A vasectomy is a choice only a man can make, preferably with the support of his partner. While it is safe and simple, the permanent nature of the procedure requires careful consideration. By choosing this nearly 100%-effective procedure, a man can control the size of the family without placing his partner at increased risk.

Vasectomy is a procedure in which the vas deferens, the tubes that carry sperm from the two testicles to the urinary tract, are surgically altered, so sperm cannot pass through and be released to fertilize a woman’s egg during sexual intercourse.

The surgeon reaches the vas deferens through a very small opening made in the front surface of the scrotum, after a local anesthetic makes the area numb. The most uncomfortable part of the entire procedure is the numbing itself. Once the local anesthetic kicks in, the man should not feel anything more than some pressure in the area. The entire procedure only takes about 20-30 minutes.

Contraception (such as a condom) must be used until two follow up examinations of the semen reveals that no sperm is present. Semen samples are taken at six week and 12 week post procedure intervals to determine if the sperm has been eliminated. Once there have been two collections of semen with no sperm, the procedure is considered a success.

Complications with vasectomy are rare, but when they do occur they are usually related to bleeding or infection. Typically, there is some swelling and minor pain for a couple of days post procedure. The application of cold packs and rest are recommended. Supportive under garments will also help minimize discomfort.

Misunderstood Fears of the Procedure
Fear can prevent a man from choosing a vasectomy. The following issues are addressed to help a
man understand that a vasectomy procedure is simple and safe:

• Fear of pain – Men do not like to think of any procedure near their genitals. Fact: What men need to understand is that an anesthetic is used to numb the area. There is usually no pain; just some pulling after the anesthetic is given. The procedure is usually so well tolerated that upon completion of the procedure, men are frequently surprised that it is over.

• Fear of loss of masculinity – Fact: A vasectomy does not affect virility. A vasectomy does not affect the blood and hormone supply to the penis. The amount and appearance of semen ejaculated will not change noticeably. Of course, during the recovery process, men may be sore, thus making sex less desirable. Later, some men report that sex is actually more enjoyable without the threat of pregnancy. Women may appreciate that their partners have chosen to take the responsibility for sterility (permanent birth control).

• Fear of failure of the procedure – Fact: Except for complete abstinence, no method is more effective than vasectomy in preventing pregnancy.

Reversing a Vasectomy
While the best thing about a vasectomy is the intention of permanent sterilization, it can be reversed in men seeking to restore their fertility due to a change in marital status or reproductive goals.

Factors that explain the failure to achieve pregnancy include partner infertility, epididymal dysfunction, and antisperm antibodies. In addition, although comparative trials are lacking, most surgeons agree that the success of a reversal depends on the microsurgical technique used. Other factors that may influence success rates include the skill of the surgeon, the occlusion technique originally used, the presence of sperm granulomas, and the time interval between vasectomy and reversal. Success is determined by both patency of the reconnection which is typically 90% to 95% and subsequent pregnancy which is dependent on time from vasectomy.

Dr. Alan Miller has years of experience of successfully performing vasectomy reversals. The reversal procedure is more involved than the vasectomy. The vas that was separated during the vasectomy is reconnected to allow for sperm to flow into the semen. The strength of the reconnection depends on how the original vasectomy was performed and what method is used to rejoin the vas. The entire reversal procedure takes a couple of hours. Dr. Miller is the only surgeon at Urology Partners who performs vasectomy reversals.

Dr. Miller received his medical degree from the University of Pittsburgh School of Medicine in 1989. He completed his General Surgery internship at the National Naval Medical Center in Bethesda Maryland. He then served for one year as a Battalion and Regimental Surgeon for the 3rd Marine Division in Okinawa, Japan before going on to complete his Urology training at the Naval Hospital San Diego and University of California at San Diego. He is Board Certified and a Fellow of the American College of Surgeons.

Dr. Miller came to Bradenton after serving 15 years in the US Navy. He was honorably discharged as a Commander and served with the US Marines during the first Gulf War. He met his wife while in the Navy and they traveled the world together before she retired as a Navy Nurse in 2007, after 20 years of military service.

Dr. Miller is a Clinical Instructor in Urology for Lake Erie College of Medicine and is past Chief of Surgery at Manatee Memorial Hospital and Lakewood Ranch Medical Center. He is also very involved in clinical research, founding his own clinical research company, Manatee Medical Research Institute.

Dr. Miller is an accomplished cryosurgeon and takes special interest in learning minimally invasive techniques to treat urologic disease. He was the first in Bradenton to perform Renal and Prostate Cryosurgery as well as Botox injections for the treatment of urinary incontinence. He also has extensive experience performing vasectomies and vasectomy reversals.

In his off time, Dr. Miller enjoys boating and photography.

Share
Previous Controversial USPSTF Decision on PSA Screening Worries Patients and Physicians
Next WHAT IS HALITOSIS?