By Drs. Drew and Kanema Clark 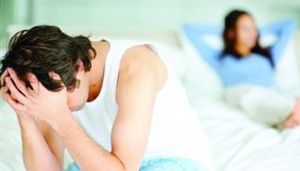 Chiropractic and fertility? At first glance it might not be easy to see the connection between the spine and pregnancy.

But the experience of many couples having trouble conceiving a baby says that there are reasons to consider chiropractic care as you are weighing your options on how to handle infertility.

Official diagnosis of infertility is not always cut and dry—as there are many reasons why a woman, a man, or a couple may be considered infertile.

In this article we will talk about male infertility.

Male infertility
When are men infertile? Infertility in men may be a diagnosis when it’s found that a male has a very low sperm count, or that there is something wrong with the way his body makes sperm—so that most of his sperm cannot swim, or swim effectively. Without enough sperm, or sperm that can swim properly, it is not very likely that his partner’s eggs will be fertilized.

In addition to unhealthy sperm, there also may be a problem with the testicles, where the sperm is made, causing a problem for the sperm to leave the body. A varicocele, an enlarged vein, is one example of this kind of problem. There may be disease in his prostate, or other nearby organs, that may block the effective movement of sperm out of the body.

These pollutants are called endocrine disruptors because they disrupt the normal production of the endocrine (hormone) system. With testosterone being disrupted by false estrogens, the quality and amount of the man’s sperm is affected.

For example, a study from 2002 showed that infertile men had higher traces of polychlorinated biphenyls (PCBs) and phthalate esters (PEs) – in their sementhan men who were fertile. These are toxins that are common in certain foods, due to their presence in the environment.

Chiropractic and male fertility
Right now, most of the research on chiropractic and fertility is focused on female health problems affecting fertility. It is estimated that only about 6% of the male population will experience infertility, largely due problems in sperm number, and the ability of sperm to move.

Dealing with the environmental toxicity may be the biggest factor for men in terms of raising their sperm count. But that doesn’t mean that chiropractic can’t help. In fact, if a female is seeking help from a chiropractor with fertility, it’s always a good idea for her male partner to receive care at the same time.

A number of common benefits are reported by patients of chiropractic, especially upper cervical chiropractic care. These benefits include less body pain, more energy, less stress, and a greater sense of vitality. As energy and vitality are both important to conceiving a child, the male of any couple trying to conceive should consider supporting his partner’s chiropractic care by being checked for vertebral subluxation as well.