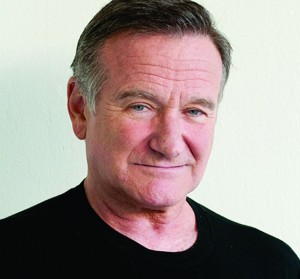 For so many, the suicide of Robin Williams is baffling. His wit, his sensitivity, his drive, and the success that came with it would seem a reason for happiness, not misery. Immediately people look for explanations…. Did he relapse? Was it “depression” or Parkinson’s disease?” But even so, there are literally millions, most far less capable and accomplished than Robin Williams, who recover from relapse, who survive depression, and manage in the face of grave illnesses without ending their lives.

However the combination of the persistent debilitating mental effects of the experience of addiction, co-existing with a painful psychological condition can create a suffering capable of robbing the will to live even from the best. Such a suffering can be, and often is internal, actively bidden from the outside world by the shame inherent in both addictive and mental illnesses.

A review of Robin Williams’lifc history is telling. During some of his developmental years he was bullied and ridiculed by peers. For most of his childhood be was deprived of the aucntion of his mother and father. In fact, when his father was present, Williams reportedly found him “frightening”. Despite his struggles for acceptance in highschool, at graduation he was voted “Most Likely
Not to Succeed”.

For those who have been fortunate enough to have had different life experiences, it may be bard to appreciate the degree to which these son of developmental experiences leave an ingrained internal dread that one is “not enough”, and that the mass of humanity will cast one aside. Williams himself identified this and said that it left him afflicted with a “Love Me Syndrome”. Well we did love him as be
wished, but even this did not provide him with the absolution that he hoped for.

And then, later in life, Williams was afflicted with the illness of addict ion. Addiction bas its own shame which could have amplified expectation of rejection that, for Robin Williams, was so unjustified by the reality of his life, but so firmly planted in his childhood. His own statement of the addictive experience was, “You know, I was shameful, and you do stuff that causes disgust, and that’s bard to recover from. You can say, ‘I forgive you’ and all that stuff, but it’s not the same as recovering from it. lt’s not coming back.” In the last few words, Williams unconsciously forecasts his suicide.

The experience of addiction ingrains a sense of being broken, different and lost, with a sense of permanency to which, at times, suicide may seem a logical answer. For many, sobriety, material success, and the adulation of others may soften this suffering. But for those already suffering a long since ingrained doubt of themselves, the shaming experience of addiction may, in some cases, make continuing to live feel a bridge too far, for which accomplishment, wealth, and fame may be inadequate as an answer.

Fortunately, addictive illness with time is less seen as a shameful weakness and more as an impairing condition, and one susceptible to active treatment.  Despite the enormous economic pressures opposing it, there is a small groundswell to return to an effort to understand what drives mental distress, and to respond to it in a way that heals as opposed to simply attempts to just suppress symptoms.

In both these conditions it is necessary that there be a foundation of acceptance of the impaired individual, an understanding that co-existing addictive illness and mental disorders need to be addressed simultaneously, while supporting and expecting change.

If the loss of Robin Williams brings some attention to the need for public recognition and acceptance of these conditions, and adequate support for the training and treatment of them, then there may be some reason to smile again.  Robin Williams would have wanted that.

If you or someone you know needs help with a mental or addictive disorder, call the David Lawrence Center at 239-455-8850 or visit DavidLawrenceCenter.org.

Dana Castro, MD
Dr. Castro is a full time, board certified Adult Psychiatrist and Addictionologist at the David Lawrence Center Crossroads Program. He earned his bachelor’s degree in biology and environmental science and his master’s of arts in teaching from the State University of New York at Binghamton. He earned his medical degree from Albany Medical College and completed his psychiatric internship and residency at North Shore University Hospital. Crossroads offers a full continuum of substance abuse services for adults including inpatient detoxification, residential and intensive outpatient treatment provided by the David Lawrence Center. David Lawrence Center is the Southwest Florida-based, not-for-profit leading provider of behavioral health solutions.

Muscle Activation Techniques – What it is & How it will Help You This Month: Think of a bed

Healthy, Beautiful Hair at Your Fingertips 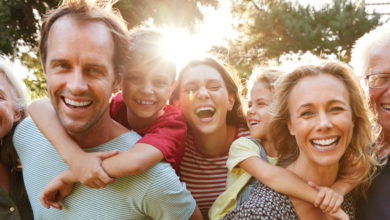