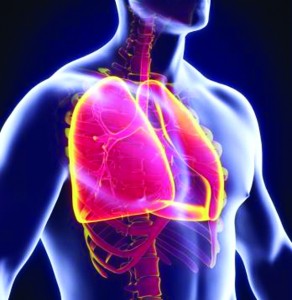 COPD is a lung disease that can limit your airflow. When some people hear “COPD,” they’re not sure what to think. It may be confusing because Chronic Obstructive Pulmonary Disease (COPD) is only one of a group of closely related chronic lung diseases.

COPD may include chronic bronchitis, emphysema, or both.

Chronic bronchitis is the production of increased mucus caused by inflammation. Bronchitis is considered chronic if you cough and produce excess mucus most days for three months in a year, two years in a row.

Emphysema is a disease that damages the air sacs and/or the smallest breathing tubes in the lungs.

Common day-to-day COPD symptoms include a cough, coughing up mucus or phlegm, difficult breathing and shortness of breath, wheezing and chest tightness.

There’s no denying that COPD can be a serious disease, but you don’t have to settle for a life defined by it. You might have to pace yourself differently day to day.

It’s not just a smoker’s cough
Although cigarette smoking is the most common cause of COPD, breathing in other kinds of irritants, like pollution, dust or chemicals, may also cause or contribute to COPD.

Some people may think they simply have a “smoker’s cough” or that breathlessness is just a part of getting older. It may be nothing serious or it may be an early symptom of COPD. Either way, it’s a good idea to be seen by a pulmonary specialist and have these symptoms checked out. By the time many patients are diagnosed with COPD, they have lost some of their lung function.

The earlier COPD is diagnosed, the sooner you and your doctor can start managing it.

The effects of COPD on healthy lungs
Your airways branch out inside your lungs like an upside-down tree. At the end of each branch are small, balloon-like air sacs. In healthy people, both the airways and air sacs are springy and elastic. When you breathe in, each air sac fills with air like a small balloon. The balloon deflates when you exhale. In COPD, your airways and air sacs lose their shape and become floppy, like a stretched-out rubber band.

Healthy airways and air sacs in the lungs are elastic, making it easy for air to move in and out quickly. Chronic inflammation, as can be caused by exposure to smoke, can cause the lungs to thicken and lose their elasticity. Then the airways can’t widen when you need more air, and thick mucus forms. This typically causes coughing, which may be associated with mucus, wheezing, shortness of breath, chest tightness, and other symptoms.

Know the warning signs
Early symptoms or warning signs of COPD include marked shortness of breath with exertion, a cough that won’t go away, or frequent respiratory infections, however, these are unique to each person. These warning signs may be the same, similar or different with each episode. Usually, you will be the best person to know if you are having trouble breathing.

When monitoring your symptoms, if you notice one or more of the following it is advised that you seek medical advice because you could be in the early stages of COPD:
• An increase or decrease in the amount of sputum produced
• An increase in the thickness or stickiness of sputum
• A change in sputum color to yellow or green or the presence of blood in the sputum
• An increase in the severity of shortness of breath, cough and/or wheezing
• A general feeling of ill health
• Ankle swelling
• Forgetfulness, confusion, slurring of speech and sleepiness
• Trouble sleeping
• Using more pillows or sleeping in a chair instead of a bed to avoid shortness of breath
• An unexplained increase or decrease in weight
• Increase feeling of fatigue and lack of energy that is persistent
• A lack of sexual drive
• Increaseing morning headaches, dizzy spells, restlessness

Hearing you have COPD can be incredibly tough because there is no cure. But it’s far from a helpless diagnosis. Starting today, you can learn ways to improve your breathing and slow the progression of the disease.

For more information about the options available for treating COPD, call 239-303-0495 today to schedule a consultation.