Treat Your Heartburn Before It’s Too Late

By Shardul A. Nanavati, MD 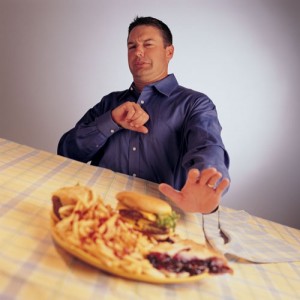 Many people suffer from heartburn, or acid reflux, but don’t considered their condition dangerous and choose not to seek proper treatment. That is, until they are diagnosed with esophageal cancer.

What patients don’t realize is that chronic acid reflux can lead to a condition called Barrett’s esophagus, which puts people at high risk for esophageal cancer. Barrett’s is a condition in which the cells lining the lower esophagus change because of repeated exposure to stomach acid. Normally, the tissue lining the esophagus is similar to the lining in your mouth, but with Barrett’s, the body replaces the normal esophageal lining with one similar to that found in the intestines.

Esophageal cancer rates are on the rise, and the increase may be due to an increase in obesity. Obesity often causes a hiatus hernia and associated acid reflux. Esophageal cancer has always carried a terrible prognosis. But thanks to an increasing awareness that heartburn may have serious implications along with earlier detection, improved staging tests, and better treatment many patients are winning the battle with this initially “silent” cancer.

Traditionally, patients who needed to have their esophagus removed–either for esophageal cancer or Barrett’s esophagus – underwent highly invasive surgery that involved opening the chest and abdomen.

Thanks to the advances in the medical field, there is now a procedure in which the esophagus is removed through incisions in the abdomen and the neck, without the need to open the chest.

Once the esophagus is removed, the stomach is freed up from attachments holding it in the belly and it is pulled up through the chest. The stomach is then connected to the remaining esophagus in the neck.

The risk of infection is significantly lowered with this procedure because if any leak at the connection in the neck occurs, the resulting infection drains externally rather than in the chest. Further, by avoiding the traditional chest incision, pneumonia after this operation is much less common.

This development in surgical treatment is important given the dramatic rise in cancer cases that doctors believe stems from obesity and acid reflux. Twenty years ago, the most common type of esophageal cancer was squamous cancer, which arises from the squamous mucosa that lines the normal esophagus. But in the past 10 to 15 years, there has been a 350 percent increase in adenocarcinoma of the esophagus, a type of cancer that is related to the cellular changes in the esophagus that are the hallmark of Barrett’s. It is now the most common form of esophageal cancer, occurring in 80 percent to 90 percent of patients. Once again, this increase in esophageal adenocarcinoma mirrors the rise of the obesity epidemic.

Maintain a healthy Weight. Obesity leads to hiatus hernia and reflux which are in turn responsible for the increasing rates of esophageal cancer. Talk to your family physician about developing a plan to lose weight by eating well and exercising regularly.

Don’t lie down after eating. For those with acid reflux, the valve between the esophagus and the stomach doesn’t function properly, allowing the contents of the stomach to back up into the esophagus. Lying down can make this problem worse, leading to late-night heartburn. Be sure to eat early to give your stomach time to empty before bedtime.

Sleep propped up. Lying down can exacerbate acid reflux. If you have reflux, consider arranging pillows so that your head and upper chest are elevated while you sleep. Stomach acid, like water, does not roll uphill.

Take an antacid. Neutralize stomach acid before it backs up into the esophagus with antacids.

Talk to your doctor. If you have a long history of severe heartburn or acid indigestion, talk to your doctor about Barrett’s esophagus, which increases your risk of developing cancer. Even if your acid reflux symptoms are controlled, you still could be at risk. The only way to diagnose Barrett’s is with an endoscopy and biopsy. Esophageal cancer can be cured, if it is diagnosed early.

Don’t suffer from heartburn any longer. If you experience heartburn more than twice per week that doesn’t subside with over-the-counter medications please contact a physician.