Tenancy by the entirety 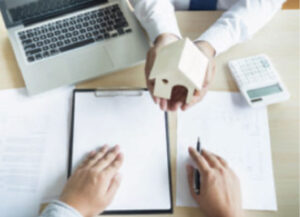 Successful marriages are often described as partnerships. Ideally, there’s a mutual respect and appreciation for one another’s contributions. And, although marriage usually involves a bigger emotional commitment than a business partnership, in either relationship you’re likely to find jointly owned property. However, when it comes to joint ownership, a spouse gets the edge over a business partner because the tenancy by the entirety in Florida offers some unique ownership advantages for Florida spouses.

Joint Ownership of Marital Assets for Florida Spouses
There are numerous kinds of assets and the first step to understanding how to title them is to categorize your Florida assets. When it comes to couples, Florida law recognizes several ways for two people to own a joint asset, with certain co-ownership options and protections reserved exclusively for married couples. Choosing a joint-ownership model for some personal property in Florida isn’t all that important—or even necessary. Little knick-knacks without much economic or sentimental value generally don’t need to be specifically addressed in an estate plan. But for real estate, valuable personal property, and financial assets, it’s important to plan ahead and clarify whether property is owned by one or both spouses. And, if it’s owned by both, you need to carefully consider the method of co-ownership.

Forms of Joint Ownership for Married Couples in Florida
There are various options for titling joint assets in Florida. Tenancy in common is the default ownership form for unmarried co-owners but can also be used by married couples. Tenants in common each own a separate percentage interest of the entire asset. So, rather than saying “we own this asset,” it would be more accurate to say, “I own half, and you own half.”

Tenancy in common does not have a “right of survivorship,” which means that owners can bequeath their separate shares of an asset in their Florida last will. This also means, importantly, that this asset require a probate in Florida which in order to transfer a deceased owners portion to his or her heirs unless that person’s ownership is in a Florida trust. That being the case, a tenancy in common can be an appropriate tilting approach for married couples who have separate heirs.

For example, a couple each own a fifty percent interest in an investment property as tenants in common. One spouse wants to leave his half interest to a child from a prior relationship, and the other spouse wants to leave her share to her niece. With a tenancy in common, that result can be accomplished relatively easily through each of their wills.

By contrast, co-owners in a joint tenancy don’t own percentage interests in an asset—they both own the entire asset together. Unlike tenancy in common, joint tenancy has a right of survivorship, so, when one owner dies, the undivided title to the asset vests in the surviving owner, thereby avoiding probate in Florida by automatic transfer upon death. Right of survivorship helps a married couple ensure that, when one spouse dies, the other spouse retains control, avoiding a scenario in which a decedent spouse’s heir attempts to divide or sell an inherited interest in a jointly held asset.

For an asset to be held in tenancy by the entirety in Florida, it’s essential that it be jointly controlled, and that the spouses have identical interests, acquired at the same time during the marriage via the same instrument. Fortunately, though, property owned by one spouse prior to a marriage can be converted to a tenancy by the entirety without much difficulty. The owner spouse just has to execute a new deed or similar transfer instrument granting the asset to the couple as tenants by the entirety under the necessary terms.

Before we dive deeper into the benefits of tenancy by the entirety, it’s worth mentioning another popular method for spouses to effectively enjoy co-ownership of property: Florida living trusts. In a typical scenario, two spouses can create a joint living trust naming both as beneficiaries and one or both as trustee. Then, they transfer title to assets like real estate, vehicles and other valuable personal property, or securities to the living trust.

Although formal ownership of the transferred assets is vested in the trust at that point, the couple retains the right to continue using and controlling the property. Living trusts used in this way are usually revocable, so if the couple later decides that they no longer want to use the trust, they can pull the trust property back out and allocate it however they see fit. Or, if they both pass away with the assets still in the trust, a designated successor trustee takes over and transfers the property to one or more ultimate beneficiaries named in the trust instrument.

Living trusts have the benefit of avoiding probate and potentially allowing co-owners to exercise greater long-term control over the ultimate use of assets. And, under Florida law, a primary residence held in a properly constructed living trust can still benefit from the state’s powerful Florida homestead protections. However, whether to use a trust for a homestead is NOT a cut and dry question as it is often it is advantageous to use tenancy by the entirety for homestead.

Benefits of Tenancy by the Entirety in Florida for Spouses
As mentioned above, tenancy by the entirety includes a right of survivorship. As a result, title to an asset held as tenants by the entireties automatically vests in a surviving spouse upon the other spouse’s death. This makes estate administration in Florida (or elsewhere) easier because the joint assets never become part of the deceased spouse’s estate. Because assets are not in the estate, they don’t have to go through probate. Avoiding probate saves time and money and removes the risk that creditors of the deceased spouse’s estate will try to attach assets.

On the other hand, because tenancy by the entireties is only available for married couples, the right of survivorship is severed if the couple ever gets divorced, in which case ownership shifts to a tenancy in common.

While a right of survivorship is usually helpful in planning the estates of married couples, it can also present a potential dilemma, particularly when either spouse has children from a prior relationship. Upon the death of the second spouse, an asset previously held by both is wholly within the second spouse’s estate and, as such, descends to his or her heirs only. In Florida, stepchildren don’t have any inheritance rights (unless formally adopted). So, if the first spouse had children or other intended beneficiaries who are not the heirs of the second spouse, they won’t inherent any interest in the property, absent an estate-planning instrument saying otherwise.

If you’re aware of the potential for an inadvertent disinheritance, it’s easy enough to create an estate plan that fixes the problem, typically using a Florida living trust. However, the issue should be addressed as early as possible because, once a surviving spouse assumes full title to an asset, he or she has complete control over how it is ultimately distributed.

Another valuable benefit of tenancy by the entirety is that it provides protection against creditor claims. With either a joint tenancy or tenancy in common, creditors of either owner can attach that owner’s interest in the property. This can be a problem for the other owner because a lien impacts the property’s value, and, in some cases, creditor attachment can result in a forced sale. Attachment also destroys a joint tenancy, and that alone can throw a monkey wrench into an owner’s estate plan.

Joint Ownership and the Florida Homestead Act
Regardless of the ownership model, Florida’s Homestead Act, which is part of the state constitution, adds protections and restrictions to a married couple’s primary residence. If a property qualifies as a homestead, it cannot be attached by most creditors and isn’t subject to liquidation in bankruptcy. So, even if a creditor has a claim owed by both spouses jointly, the creditor can’t reach their homestead.

Homesteads are also “devise restricted,” which in practice means that a married homeowner is not permitted to leave an interest in a homestead to anyone but his or her surviving spouse. And, even if only one spouse legally owns the homestead property, it cannot be sold or mortgaged without the consent of both spouses.

The devise restriction and guaranteed inheritance rights can limit a married homeowner’s estate-planning options. For example, a provision in a will leaving a homestead to the testator’s grandchildren is invalid if the testator has a surviving spouse—even if the surviving spouse did not previously have any ownership interest in the homestead. Importantly, though, a non-owner spouse can waive his or her homestead rights in Florida as part of an estate plan. This might be necessary to keep an asset in the original owner’s family or for an estate plan designed to avoid exceeding the federal estate tax threshold.

Titling Joint Assets Between Spouses in Florida
Florida applies the “common law” approach to marital assets. Under that system, spouses are assumed to own their own property separately unless there’s a deed, title, assignment, or comparable documentation indicating joint ownership—or unless the spouses unambiguously intended joint ownership. By comparison, “community property” states like California and Texas assume that any assets acquired during a marriage belong to both spouses jointly.

Due to the estate-planning benefits of joint ownership and the asset-protection benefits of tenancy by the entirety, it often makes sense for a couple to co-own assets that were previously owned separately. In most cases, this will necessitate re-titling so that all prerequisites of tenancy by the entirety are satisfied. When in doubt, an experienced Florida estate planning attorney can help to ensure re-titling is accomplished correctly—whether that means executing a new deed or title, creating an assignment of ownership, or establishing new joint financial accounts.

Deciding how best to title marital property, and how to address it in a couple’s estate plan, requires careful consideration. Knowing the methods that are available—and how each might fit into your and your spouse’s situation—is the first step toward developing a prudent, effective strategy for managing marital assets.