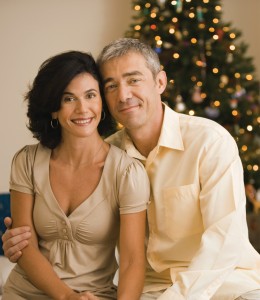 The days of stress free flying are a thing of the past.  After 9/11, it will never be the same. Arriving at the airport earlier is now a requirement, due to airport security.  Having your luggage and carry-on items x-rayed and searched is now commonplace. Only items in a container that is 3.5 oz. or less are allowed to be carried on.  Other objects that may be considered dangerous and are now prohibited; like tweezers, shaving razors, nail clippers or anything else someone could possibly use to hijack or bring down an aircraft.

Snacks and beverages used to be complimentary, but now there are usually standard charges for any food or drink.  There is now a charge for using headsets to watch & listen to in-flight movies or entertainment.  If you would like to use a pillow or blanket during your flight; good luck, most airlines have discontinued them altogether. Most airlines also are charging for any extra baggage, especially if the items exceed a certain weight limit.

By the time all of these extra fees are incurred, you might be paying another fifty to one hundred dollars per flight.  If you choose a “preferred” seat on some airlines, that may cost additional fees as well.

Coping with all of these extraneous factors can be very stressful, especially if travelers are dealing with any other physical or mental handicaps.  One disability, hearing loss, can prove to be extremely difficult and stressful when traveling, creating anxiety while trying to listen to instructions, or flight information. Arrival time, flight numbers, concourse information, gate numbers, aisle and seat numbers; and departing times are crucial to successful and timely travel.  Hearing loss can make a person feel disoriented and anxious in some situations.

Misunderstanding of vital data may prove not only to be disheartening, but costly as well, especially if an individual misses his or her flight.  Obtaining another flight to the originally planned destination may not even exist.  Even if another flight exists to your original destination, you could be at the mercy of the airlines to pay an additional fee.

Hearing instruments can make all the difference in the world. Hearing device wearers noted they felt more confident, with less anxiety in most situations. They felt more self-assured than those that do not wear hearing devices.  Other benefits, noted by hearing instrument wearers; they are more likely to participate in social activities, concerts, theaters, and groups. Users also had fewer feelings of isolation and depression, frequently associated with hearing impaired individuals.  Also, most users noted improved relations in their marriage, with friends and relatives; sense of safety, relations at work, sex life and life-overall; since communication is a key factor in having any successful relationships.

John’s Hopkins University, in conjunction with the National Institute on Aging have done studies of the hearing impaired individuals who have some form of hearing loss, but do not seek help. The study concluded that a person with even a mild hearing loss were twice as likely to contract dementia and Alzheimers disease.

Those with severe hearing problems were five times as likely to suffer from the aforementioned afflictions. This is due to the auditory portion of the brain that interprets speech lacking “proper” stimulation; causing atrophy and loss of function.

The use of hearing devices has many benefits tangible and intangible.  The newest digital technology has forever changed the way hearing impaired individuals can not only hear, but understand speech now and into the future. Don’t get left behind!

Share
Previous REMEMBER DECEMBER!
Next ‘Tis the Season to Stuff Ourselves!