Statins and CoQ10: What You Need to Know 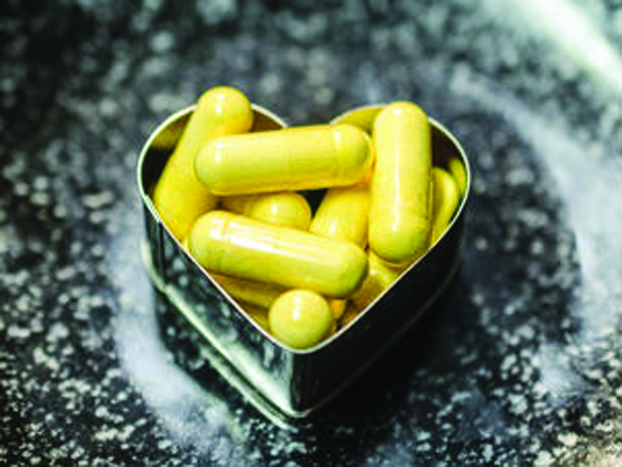 What Is CoQ10?
CoQ10 or Coenzyme Q10 is a substance that the human body can produce naturally. CoQ10 is used by the cells to generate energy and also functions as a powerful antioxidant. Antioxidants help fight free radicals, which are believed to contribute to health problems by damaging cells and DNA.

Although CoQ10 has been touted as a potential treatment for many conditions, more research is needed. Some studies show that CoQ10 could potentially help with high blood pressure, age-related macular degeneration, and even chronic fatigue syndrome.

CoQ10 Deficiencies
Your body produces less and less CoQ10 as you get older. According to the University of Maryland Medical Center, deficiencies can appear in people with certain metabolic disorders. Although your body produces its own CoQ10, it can also be obtained from food. The best sources of CoQ10 are oily fish and organ meats, such as beef liver. Coenzyme Q10 can also be found in whole grains.

People with certain conditions, including diabetes, Parkinson’s disease, and heart problems tend to have low levels of CoQ10 in their bodies. Researchers don’t know if the disease causes the deficiency or if the deficiency appears first, causing cells to age faster and making disease more likely.

CoQ10 and the Heart
Many studies review the connection between CoQ10 use and heart health. A systematic review showed that patients with heart failure taking CoQ10 experienced fewer symptoms than those taking a placebo.

Coenzyme Q10 also seems to help lower high blood pressure, according to the review. The review acknowledges that more studies with a larger number of patients are needed to confirm these findings.

What Are Statins?
Statins are a class of prescription drugs designed to lower high cholesterol. Although statins are very effective, they are not suggested for everybody. People taking statins can experience side effects such as muscle pain, nausea and diarrhea, liver and kidney damage, and even increased blood sugar or type 2 diabetes.

Doctors usually prescribe statins for individuals with both high cholesterol and a high risk factor for heart disease. For example, people with a family history of heart problems and people who are obese, drink heavily, or have diabetes might be a good candidate for statins.

Where Statins and
CoQ10 Meet
Although muscle pain and discomfort is common when taking statins, some people experience more serious problems, including something known as rhabdomyolysis. This process occurs when muscle cells break down. As muscles collapse, a muscle protein is released into the bloodstream. This in turn can cause severe kidney problems.

In a study published in the American Journal of Cardiology, researchers indicate that coenzyme Q10 seems to decrease muscle breakdown and reduce pain and discomfort on people taking statins.

What Happens When You Take Statins
According to the University of Maryland Medical Center (UMMC), statins lower your body’s levels of coenzyme Q10. As your levels go down, the side effects of statins increase. Taking CoQ10 supplements might help increase the levels on the body and reduce problems.

The UMMC also indicates that CoQ10 may function as a natural treatment to help reduce cholesterol.  While there aren’t enough studies to confirm how well it works, it may be possible to combine CoQ10 with statins for better results without the side effects.

Choosing a Quality CoQ10 Supplement
Some researchers think taking a CoQ10 supplement may reduce the risk of statin side effects. CoQ10 serum levels are depleted during statin therapy, mainly when statins are taken at higher doses and most markedly with a pre-existing CoQ10 deficiency (such as in the elderly and in heart failure patients). A deficiency in CoQ10 can cause issues with heart health, metabolism and energy production.

The vitamin and supplement market is saturated with numerous brands offering different options. Selecting the best supplement can often times be confusing. When choosing a CoQ10 you should consider the following.

What is the Coenzyme Q10 combined with?
CoQ10 works best when combined with a fatty acid such as fish oil. The oil helps protect CoQ10 as it travels through the body and also helps your body absorb it. You also get the added benefits of the Omega 3’s in fish oil.

Ubiquinol is the best form of Coenzyme Q10.
The type of CoQ10 that is most usable by your body is Ubiquinol. Most supplements use Ubiquinone, which is less likely to be used by your body. Your body has to convert Ubiquinone into Ubiquinol for it to be most effective. This becomes difficult for the body to do as we get older. Therefore, if your supplement doesn’t contain Ubiquinol then it may not be the best choice for your body.

Keep in Mind
Because CoQ10 is considered a nutritional supplement and not a medication, it’s not regulated by the Food and Drug Administration. That means anybody can buy the supplement over the counter, at a local pharmacy, or at a health food store.

Coenzyme Q10 has few side effects. The most common is stomach upset. CoQ10 can lower blood sugar, so diabetics need to be careful or avoid it.

CoQ10 can interact with some medications, including beta-blockers, some antidepressants, and chemotherapy drugs. You might need to change the amount of statins you take if you’re also taking CoQ10.  Make sure you consult your doctor and pharmacist before beginning CoQ10.