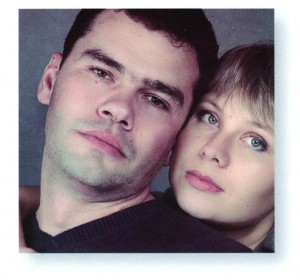 For many reasons, men and women who want to have children should not smoke. Studies suggest that smoking affects hormone production. This could make it more difficult for women smokers to become pregnant. Pregnant women who smoke or who are exposed to secondhand smoke endanger their unborn babies, as well as their own health. Babies whose mothers smoked during pregnancy or who are exposed to secondhand smoke after birth are more likely to die of sudden infant death syndrome (SIDS) than are babies who are not exposed. More than 100,000 of the smoking-caused deaths over the last 50 years were of babies who died from SIDS or other health conditions. Deadly chemicals in cigarette smoke reached these infants before they were born, or when they were exposed to cigarette smoke during infancy.

Pregnancy Complications
More than 400,000 babies born in the United States every year are exposed to chemicals in cigarette smoke before birth because their mothers smoke. Smoking is known to cause ectopic pregnancy, a condi tion in which the fertilized egg fails to move to the uterus and instead attaches in the fallopian rube or to other organs outside the womb. Ectopic pregnancy almost always causes the fetus to die and poses a serious risk to the health of the mother. Another possible complication from smoking during pregnancy is miscarriage.

Carbon monoxide in tobacco smoke keeps the fetus from getting enough oxygen. Smoking during pregnancy can also cause tissue damage in the fetus, especially in the lungs and brain. This damage can last throughout childhood and into the teenage years.

Birth Defects
Smoking during pregnancy can cause birth defects. Women who smoke during early pregnancy are more likely to deliver babies with cleft lips and/or cleft palates-conditions in which the lip or palate fails to form completely. Both conditions interfere with an infant’s ability to eat properly, and both must be corrected with surgery.

Male Reproduction and Sexual Function
In the United States, 18 million men over age 20 suffer from erectile dysfunction (ED). A man with ED can’t have and maintain an erection that is adequate for satisfactory sexual performance, which can affect reproduction. Recent evidence concludes that smoking is a cause of ED. Cigarette smoke alters blood flow necessary for an erection, and smoking interferes with the healthy function of blood vessels in erectile tissue.

Men need healthy sperm for fertility. Smoking damages DNA in sperm, which can lead to infertility or early fetal death.