Small Intestinal Bacterial Overgrowth what is it?

If you have been suffering with vague abdominal discomfort, feeling bloated and distended, and having issues with bowel movements – you may be struggling with Small Intestinal Bacterial Overgrowth. As a holistic medical doctor, I commonly see patients with this ailment, and the subject is worth exploring a little in this article. Aside from feeling the abovementioned symptoms, patients often complain of either diarrhea or constipation. In either scenario, the problem stems from uncontrolled overgrowth of bacteria in the small intestine. There are two common situation predisposing patients to this: One is a diminished amount of acid in the stomach. This happens with aging, H.pylori infection, or the chronic use of H2 blocker or PPI medications. The second predisposing risk is having a motility defect in the small intestine. Normally, after the food moves from the stomach into the small intestine, it goes through a well-coordinated series of muscular contractions and relaxations to propel the food forward. When this propulsion becomes irregular or weak – bacteria starts to overgrow. This often happens after a viral infection, or with chronic diabetes, chronic kidney disease, or with a bunch of auto-immune conditions.

Aside from the physical and emotional discomfort caused by this disease there may be some unpleasant complications. One of them is fat malabsorption and this can lead to weight loss and deficiency of some vitamins, such as A, D, E, and K. Another common complication is carbohydrate and protein malabsorption, and these often manifest as weight loss and edema (body swelling). Finally, the inflammation and disruption of the normal small intestinal lining can disrupt the absorption of vitamin B12 and lead to neuropathy, fatigue and anemia.

Now, let’s look at how small bowel bacterial overgrowth can be diagnosed. The golden standard of diagnosis would be to perform endoscopy and take a sample of the small intestinal contents for a culture to grow in the Petri dish. However, this is not done very often. Most of the patients are diagnosed with the so-called’ breath test’. This type of noninvasive test measures the amount of hydrogen or methane that you breathe out after drinking a mixture of glucose and water. A rapid rise in exhaled hydrogen or methane may indicate bacterial overgrowth in your small intestine.

Now, let’s say that the diagnosis of Small Bowel Intestinal Overgrowth has been made. What to do now? The best thing to do from the holistic perspective is to treat the root of the problem. So, first you have got to optimize the pre-existing condition. If it’s diabetes – get your sugar under control. If it’s Celiac disease – get on a strict gluten-free diet. If it’s pancreatitis you are suffering from: stop drinking alcohol, get on the strict diet and take care of your gallstones if you have any. Whenever possible, you want to address the underlying problem which is causing bacteria to overgrow. If you don’t do it – all of your subsequent treatments will fail as your body will remain a perfect breeding ground for the recurrence of bacterial overgrowth.

I usually like to work in tandem with a Board Certified GI specialist on small intestine bacterial overgrowth. First of all, the GI doc is instrumental in making the correct diagnosis, whether it involves endoscopy or the breath test. Also, there are some prescription medications for certain types of bacterial overgrowth that GI doctors have excellent expertise with, such as the medications which help to activate food propulsion in the intestines.

On my end, I make sure that the patient’s vitamin levels, as well as calcium and magnesium levels are optimized. As part of the treatment, I will often use a short course of special prescription antibiotics, followed by a long course of herbal anti-inflammatory agents which act as natural antibiotics. I place everyone with small intestinal bacterial overgrowth on a special customized diet, which excludes certain triggers and this is very individual, and we do it in a step-wise fashion. Small bowel bacterial overgrowth is not an easy condition to tackle – it requires a change in lifestyle and nutrition. However, we almost always achieve a complete resolution and it feels wonderful and liberating to all patients.

Share
Previous A Groundbreaking Implant to Alleviate Pain From Arthritic Conditions of The Big Toe
Next Achieving Results Where Others Have Failed: Are You Tired of Living in Pain? 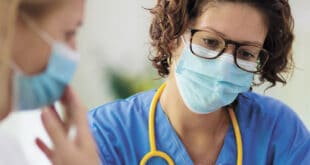 By Neetu Malhotra, MD The COVID-19 pandemic has completely changed all of our day to …