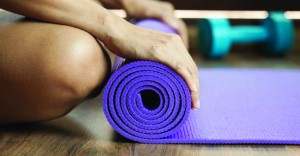 An achy back, incontinence, and pelvic pain may all have one sneaky cause. And your doctor has probably never mentioned it.

For a condition so hard to diagnose, Pelvic Floor Disorder, PFD, is surprisingly common. By some estimates, it affects one in three American women. Giving birth boosts your chances of developing a pelvic-floor issue by 18 percent if you’ve had one child and 32 percent if you’ve had three or more.

Hormonal declines in menopause and loss of muscle mass with age are among other culprits for women. Surgery or an accident (like falling on your hip or tailbone) may play a role, as can obesity. In your 50s and 60s, your PFD risk nearly triples, compared with in your 20s or 30s.

For many patients PFD manifests as pain in the vulva. In others, it presents as a bowel disorder; endometriosis; or bladder, hip, back, or abdominal pain. Often, doctors treat symptoms in the affected organ or joint rather than find the real cause. Sometimes, doctors try to treat just the vulva pain, the constipation, or the hip joints. But when you miss the cause, you can’t really fix the problem.

Knowing the risk factors can decrease your chances of experiencing PFD.
Smoking increases your risk. Research links cigarette smoking with UI (urinary incontinence). Plus, the greater the number of cigarettes smoked, the higher your risk.

Maintaining a healthy weight reduces risk of urinary incontinence. Being overweight puts added pressure on your pelvic organs. By losing as little as 5 to 10 pounds, you can help combat PFDs, such as UI. One study found a 47% decrease in UI with as little as an 8% weight lose.

Keeping diabetes in control helps to reduce risk for UI. Especially for women with diabetes, uncontrolled blood glucose levels can increase the risk for urinary incontinence.

The Path to Real Relief
PFD has gained recognition in the last 20 years and tremendous gains in the treatment have been made.

A new subspecialty, Female Pelvic Medicine and Reconstructive Surgery has been created to train physicians specifically on how to treat PFD.  A physician board certified in Female Pelvic Medicine & Reconstructive Surgery is called a Urogynecologist.  The first step to relief is a pelvic-floor exam at your Urogynecologist’s office.

The exam is much like one that would be received from a gynecologist but with more focus on muscle function.  A specialist understands the impact these muscles have on pain.  Less than half of the women who would benefit from a pelvic floor evaluation get one.

Treatments include physical therapy, drugs, biofeedback and surgery.  Your Urogynecologist will be able to recommend the best treatment available based on your individual circumstances.

Dr. Gauta is now the first physician in S.W. Florida dual board certified in Urogynecology and Obstetrics and Gynecology. Dr. Gauta’s practice, The Florida Bladder Institute, is  solely  dedicated  to Urogynecology. One out of every six women suffers from overactive bladder and half of all women will suffer from pelvic organ prolapse. A challenge for women seeking treatment is that they would go to a urologist for one problem, a gynecologist for another and a gastroenterologist for another. Dr. Gauta explains “A Urogynecologist has the skill and experience to assess the entire pelvic region including the uterus, bladder, vagina, rectum as well as the muscles, ligaments, connective tissue and nerves that support those systems. Evaluating your pelvic system as a whole ensures the best treatment and outcome”. Some of the newer treatment options include biofeedback, electrical stimulation, Botox, and minimally invasive outpatient surgery. In addition to providing the most advanced medical care for his patients, Dr. Gauta is a preceptor for Boston Scientific, Medtronic and Olympus and trains other physicians from around the world on how to do the most advanced Urogynecology procedures. He is the recipient of the prestigious Castle Connolly’s Top Doctors award, and is amongst the top 1% of physicians in the country who are honored with the Patient’s Choice Award for 5 years in a row. Dr. Gauta received his training at Tulane University in New Orleans mentored by world renowned Urogynecologists David Herbert M.D. and Thomas Elkins M.D.