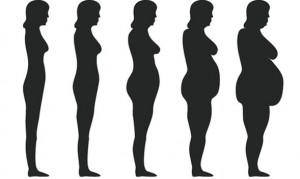 The Center for Disease Control and Prevention labels obesity as public enemy number one. Obesity is a serious health issue that affects nearly 30% of the population in North America. Obese/overweight individuals have a higher-than-normal rate of hypertension, type II diabetes, cardiovascular diseases, gallbladder diseases, osteoarthritis, strokes, respiratory diseases and even some types of cancers. Government studies predict that one in three people born today will develop diabetes in their lifetime. According to the US Surgeon General, the number of overweight children has doubled and the number of overweight adolescents has tripled since 1980 in the USA.

We are one of the richest countries in the world with the largest obesity rate per capita and some of the largest healthcare costs per person. How did we get here? Increased consumption of more energy-dense, nutrient-poor foods with high levels of sugar and saturated fats, combined with reduced physical activity and stress, all have contributed to where we are today, a state that the World Health Organization has labeled as an “obesity epidemic.”

According to Dr. Tran, “the cause of most weight issues in a modern society is insulin dysfunction. A diet grossly disproportionate in its share of saturated fats and sugars, such as in breads, cereals, muffins, cakes, pastries, pasta, pizza, rice, corn – very much like the North American diet – causes the pancreas to produce an overabundance of insulin, which stays in the system and puts the blood sugar level in a negative balance.”

Each day more and more patients present to doctor offices across the country with symptoms of insulin resistance; a condition in which the body produces insulin but does not use it properly. Insulin, a hormone made by the pancreas, helps the body use glucose for energy. Glucose is a form of sugar that is the body’s main source of energy.

The body’s digestive system breaks food down into glucose, which then travels in the bloodstream to cells throughout the body. Glucose in the blood is known as blood sugar. As the blood glucose level rises after a meal, the pancreas releases insulin to help cells take in and use the glucose.

When people are insulin resistant, their muscle, fat, and liver cells do not respond properly to insulin. As a result, their bodies need more insulin to help glucose enter cells. The pancreas tries to keep up with this increased demand for insulin by producing more. Eventually, the pancreas fails to keep up with the body’s need for insulin. Excess glucose builds up in the bloodstream, setting the stage for diabetes. Many people with insulin resistance have high levels of both glucose and insulin circulating in their blood at the same time.

An overproduction of insulin also leads to hypoglycemia or low glycemia, which in turn induces constant sugar cravings and weight gain. Insulin’s primary function is to regulate blood sugar levels however it is also the hormone that facilitates the transport of fat into the fat cells. Even worse, it locks the fat in the fat cell, preventing it to be used as a source of energy. Now, because the blood sugar has dropped it creates “sugar cravings” and the vicious cycle begins again. In other words, an over abundance of insulin causes weight gain.

Fortunately, insulin resistance and other disorders caused by being overweight can be reversed, and even more importantly prevented. Physical activity and weight loss help the body respond better to insulin. By losing weight and being more physically active, people with insulin resistance or prediabetes may avoid developing type 2 diabetes.

Various large studies have shown that people with prediabetes can often prevent or delay diabetes if they lose a modest amount of weight by cutting fat and calorie intake and increasing physical activity-for example, walking 30 minutes a day 5 days a week. Losing just 5 to 7 percent of body weight prevents or delays diabetes by nearly 60 percent. People aged 60 or older who made lifestyle changes lowered their chances of developing diabetes by 70 percent.

After seeing the increase in number of overweight patients and the negative effects the excess weight and eating habits bares on their health, Dr. Ycaza and his team at the Bradenton Pain and Wellness Center realized this need in the community and decided to take a proactive role in addressing the obesity epidemic. Starting with his pain patients, the innumerable success stories have motivated him to open the Ideal Protein weight-loss program to the public. The Ideal Protein protocol will transform the body’s ability to digest sugars properly by regulating insulin levels. How? By giving the pancreas a well-deserved break and by cutting out simple and complex carbs until the weight loss goal is achieved.

The Ideal Protein Weight Loss Method is a medically designed protocol that results in fat loss while sparing muscle mass. The protocol was developed in France over 20 years ago by Dr. Tran Tien Chanh, MD PhD, who focused his career and research on nutrition with a particular emphasis on the treatment of obesity and obesity related issues.

The body employs energy from three reserves: glycogen (carbohydrate), protein and fats. First from it’s simple and complex carbohydrate reserves and when depleted, turns simultaneously to its protein and fat reserves for energy. The body stores approximately three days worth of carbohydrates. In the Ideal Protein Method we restrict sugars (simple and complex) because as long as sugar is being consumed, the body is not burning fat. It’s as simple as that. Remember, the first source of energy is glycogen (carbohydrate) reserves. The main principle is to deplete the glycogen (carbohydrate) reserves completely in order to compel the body to turn to its fat reserve to burn calories. How do we get the body to burn its fat reserves and not its muscle mass reserves if both are depleted simultaneously? First, by providing the body with foods that have a high protein value, second, by adding nutrient-rich supplements to replace those normally found in foods restricted on the Ideal Protein protocol.

The Ideal Protein Weight Loss Method is a 4-phase protocol which helps stabilize the pancreas and blood sugar levels while burning fat and maintaining muscle and other lean tissue. This protocol is also an excellent support for cellulite reduction. The centerpiece of the protocol is the gourmet protein based foods which the dieter will consume. These are high biological value proteins that the dieter will use to build complete meals adding vegetables and salads. On average, women lose weight at the rate of 3 to 4 pounds per week and men lose 4 to 7 pounds per week.

If you are overweight and have a difficult time maintaining normal blood sugar levels, you may already be prediabetic and well on your way to developing type 2 diabetes and other serious health issues. Don’t wait another day to change course, and get your body headed on the path to recovery and optimal health. 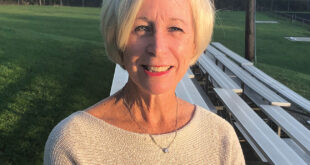