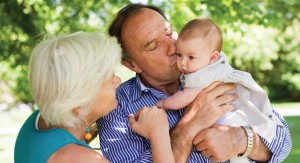 The high cost of long-term health care will drag down the quality of life for nearly two-thirds of today’s retirees. It can cost well over $77,000 a year for a nursing home room and upwards of $10,000 per month for 24 hr. in-home care, expenses that many people are ill prepared to absorb, said the Center for Retirement Research at Boston College.

A new analysis shows when the cost of health care and long-term care is included, 64 percent of retirees likely will be unable to maintain the lifestyle they had before retirement.

“This is the number one issue staring us in the face over the next decade,” said Paul Ballew, a senior vice president at Nationwide Mutual Insurance Co., which provided a grant to fund the study.

The cost of health care will create such an unexpected hardship on unprepared retiring baby boomers it’s imperative to sound the warning now, said Alicia Munnell, director of the Center for Retirement Research.

The stock market collapse that has whacked retirement savings for million of workers has focused attention on how poorly people are prepared for retirement expenses, she said.

Munnell has been concerned for years about the impending retirement crisis casused by a combination of problems. They include inadequate personal savings, a Social Seurity system that will likely fail to provide current levels of support and rapidly rising health care costs.

Health care costs rose nearly 7 percent last year after costing a total of $2.4 trillion in 2007, about $7,900 per person, says the nonprofit National Coalition on Health Care.

“My thought was that nothing was going to happen untill the first generation of people retired without enough money and congressmen would see their parents living on just too little and people would be motivated to do something,” she said. “The financial crisis really accelerated that process.”

The study illustrates the harsh reality that spending too much, borrowing excessively and saving too little has left a generation unprepared for retirement, Ballew said.

“We’ve had a 20-year run of very aggressive consumption and a nice 20-year run of high levels of indebtedness, and now we’re faced with a period where there’s going to have to be some behavioral changes,” he said. “We’re now staring into a decade or two where we have to see restraint form consumption to derive savings.”

Options for paying for such care include relying on Medicaid, buying long-term care insurance, selling the family home when long-term care is needed or taping into the value of the home through a reverse mortgage.

Medicaid is the most likely option for the poorest retirees, Munnell said. Although in some cases these individuals may be able to extract some of the value of their home to help pay costs.

People with higher incomes likely would prefer to buy insurance which can cost about $3,500 a year if acquired at age 65. Delaying the purchase increases the price. By age 75, a policy could cost around $600 a month, she said.

About 48 percent of long-term care recipients and their families pay long-term care costs out of their own pockets, says the American Council of Life Insurers. About 41 percent qualify for Medicaid. Another 8 percent are getting temporary coverage provided by Medicare and only 3 percent are paying with private long-term care insurance.

Several factors may play into why so few people buy long-term care insurance. They include the cost and the fact that an insurance industry study found that 20 percent of applicants are denied coverage because of poor health.

Stand alone long-term care insurance policies vary greatly in their features. Some have caps on how much they pay, limits on the length of service and they may not be fully adjusted for inflation, Munnell said.

Long-term care for some means in-home assistance with shopping, cooking, housework and other basic duties, but for others it could mean a stay in a nursing home.

Current estimates indicate that one third of people aged 65 today will need to enter a nursing home for at least three months. Some will need to stay for a prolonged period of time.

7 tips for buying long-term care insurance
One Option for addressing the high costs of long-term care is to buy an insurance policy. Policies can cover the cost of hiring someone to help the recipient with in-home cleaning, cooking, bathing and dressing. Coverage may also include assisted living in a facility outside the home or could include nursing home care.

1. Buy a policy when you’re still middle aged and before the onset of serious health problems. Waiting until you’re in your 70’s or 80’s or in failing health could mean insurers won’t sell you insurance or they’ll make premiums too expensive.

2. Balance your goals with the cost. Goals should include protecting your assets, minimizing your dependence on other family members, and controlling where and how you receive long-term care services. For a 65-year-old, a policy could cost between $2,000 and $3,000 a year to cover nursing home care and home care. You may choose not to buy a policy if it forces you to lower your quality of living or makes you give up things you need now.

3. Decide what coverage suits you best. Some pay only for nursing home care, others only for in-home care. Polices can be purchased to cover a mixture of options including home care (sometimes including care by a family member), assisted living or adult day care.

4. Look at the daily or monthly benefit, which shows limits to what the insurance company will pay. If the cost of your care exceeds these limits, you’ll have to pay the difference. Policies also will have a benefit period, which may be tow years, six years, or the rest of your life.

6. Make sure that your long-term care policy doesn’t require that you spend time in a hospital to receive benefits; that it will be renewed as long as you pay premiums; and that it lets you stop paying premiums once you begin receiving benefits. Also make sure it covers pre-existing conditions if you disclosed them when you applied.

Share
Previous LET’S HEAR IT FOR ST. ARBUCKS!
Next Are Antiobiotics Making Us Sick?