Reduce Your Risk For Cervical Cancer 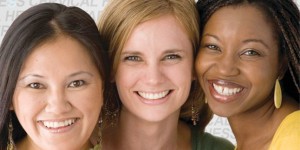 As a radiation oncologist, I see patients who have already been diagnosed with cervical cancer that require active treatment of the disease. Advances in operative techniques such as robotic-assisted surgery, new chemotherapeutic agents, and novel radiotherapy technologies including image-guided intensity modulated radiotherapy have led to improved outcomes with less treatment-related toxicity. However, as with many other cancers, the best way to combat the disease is to not get it in the first place or to detect it early. Since January is National Cervical Cancer Awareness Month, this is a good opportunity to highlight some key points about the prevention and early detection of this disease.

Approximately 13,000 women in the United States are diagnosed with cervical cancer and 4,200 die of the disease each year. However, the good news is that the incidence of the disease has been declining due to better screening and preventive measures including the use of Papanicolaou (PAP) testing and vaccination against Human Papilloma Virus (HPV), the cause of the majority of cervical cancers. Despite these advances, approximately half of the women diagnosed in the United States were never screened for the disease. These women are more likely to be older or uninsured.

There are two main types of cervical cancer. The most frequently diagnosed type is known as squamous carcinoma and the next most common type is called adenocarcinoma. Cervical cancer evolves from cells that develop pre-cancerous changes, so the goal is to prevent these changes from taking place by detecting these changes early and modifying risk factors. HPV is the most important risk factor for the development of cervical cancer. About two-thirds of cervical cancers are caused by high-risk strains of the virus called HPV 16 and HPV 18, although other strains of the virus are dangerous as well. There is no cure for HPV infection. One can lower the risk for developing HPV infection by avoiding certain types of sexual behavior including interacting with many sexual partners, or a partner who has had many sexual partners, and not having sex at a young age. However, the most effective way to substantially lower the risk of developing HPV infection is by vaccination against the high-risk strains. Vaccination is recommended for girls ages 11 to 12 and “catch-up” vaccinations have been recommended for older children and young adults. Details regarding these recommendations can be found through the American Cancer Society (www.cancer.org) or the Federal Advisory Committee on Immunization Practices (www.cdc.gov/vaccines/acip/index.html).

Other risk factors for cervical cancer include smoking, a history of immunosuppression, Chlamydia infection (a type of sexually transmitted disease), diets low in fruits and vegetables, obesity, prolonged use of birth control pills, multiple full-term pregnancies, first pregnancy at an age younger than 17, exposure to Diethylstilbestrol (a drug used in the distant past to prevent miscarriages) and poverty. Some of these risk factors are out of one’s control but others can be modified. For example, women who smoke have approximately double the risk of cervical cancer compared to non-smokers (the damaging effects of smoking is not limited to lung, head and neck, esophageal, endometrial, and bladder cancers).

The early detection of cervical “pre-cancers” can be facilitated by PAP and HPV testing. Since no HPV vaccine can protect against all types of HPV, it remains important that all women continue to have PAP tests.

If pre-cancer is detected on the PAP test then it can be treated before it progresses to cancer. The American Cancer Society recommends that all women age 21-29 should have a PAP test every three years; women age 30 to 65 should have PAP and HPV tests every five years or, alternatively, have only the PAP test, but at every three years. The Florida Breast and Cervical Cancer Early Detection Program, through the Florida Department of Health, can assist those who have not pursued cervical cancer screening for financial reasons (www.doh.state.fl.us/family/cancer/bcc/index.html); Manatee/Sarasota region phone number: 866 430-1586).

In summary, modifying risk factors that are within your control and vaccinating against high-risk HPV are the best ways to avoid getting cervical cancer. Pursuing and sticking to a recommended cervical cancer screening program including the use of PAP and HPV tests are important ways to detect the disease early and, ultimately to make oncologists less busy…and that’s a good thing!

Stephen J. Patrice, M.D., M.P.H. earned his medical degree from Washington University School of Medicine in St. Louis. He completed his Radiation Oncology residency at Harvard Medical School and received a Masters in Public Health Degree in Health Care Management from the Harvard School of Public Health. He has a large experience in brachytherapy including seed implantation and high dose rate (HDR) brachytherapy, and is skilled in novel radiation technologies including image-guided IMRT, partial breast radiation, and stereotactic cranial and body radiosurgery.

Share
Previous Thyroid Optimization
Next Healthy Lifestyle from the Ground Up!