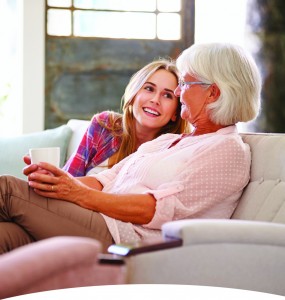 Progressive supranuclear palsy (PSP) is a rare brain disorder that causes serious and progressive problems with control of gait and balance, along with complex eye movement and thinking problems.  PSP and Parkinsons present very similar, but they are quite different. Due to the fact that there isn’t a lot of resources out there for PSP or an over abundant of people out there that suffer from PSP it is often mis diagnosed as Parkinson’s. One of the classic signs PSP, is an inability to aim the eyes properly, which occurs because of lesions in the area of the brain that coordinates eye movements. Some individuals describe this effect as a blurring. Affected individuals often show alterations of mood and behavior, including depression and apathy as well as progressive mild dementia. Five to six people per 100,000 will develop PSP. Symptoms begin, on average, when an individual is in the early 60’s, but may start as early as in the 40’s. PSP is slightly more common in men than women, but PSP has no known geographical, occupational or racial preference.

The disorder’s long name indicates that the disease begins slowly and continues to get worse (progressive), and causes weakness (palsy) by damaging certain parts of the brain above pea-sized structures called nuclei that control eye movements (supranuclear). Progressive supranuclear palsy (PSP) is a neurodegenerative brain disease that has no known cause, treatment or cure. While this is a tragic disease, there are wonderful organizations out there such as, CurePSP, which serves is a lifeboat for those drowning in despair.

CurePSP funds a lot of genetic research and patient clinical trials in order to help find a cure. In addition to research, they provide a lot of patient education, support groups for both the patient and their caregiver as well as a respite fund for those in need. On March 12th,  in Marco Island,  marks the twelfth year of the CurePSP Awareness & Memorial Walk around the beautiful lake at Mackle Park on Marco Island, Florida. The walk is from 10:30 am – 1:30 pm, and registration is $25 for adults, $10 for students. Participants receive a T-shirt and lunch, plus can partake in a silent auction and giveaways. Registration can be done online, at speca@curepsp.org. Together we can make a difference and make the community aware of what Progressive supranuclear palsy (PSP) is. It is time that PSP has its own identity. With awareness, comes funding, and funding can be the difference of life and death.

Healthy Aging In Your Own Home

The Latest in Laser Treatment for Varicose and Spider Veins