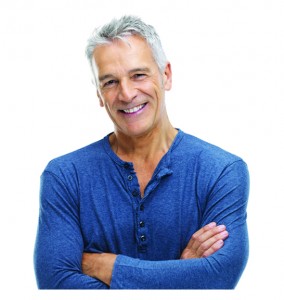 Prostate cancer is the second most common cause of cancer death in men in the United States. The most common is lung cancer. It affects approximately one third of all men’s’ cancer cases. Most of prostate cancer patients are older men over 60 years of age. About 40 to 50 percent of all men develop prostate cancer during their life span. Approximately 300,000 men are affected annually and 40,000 deaths occur each year.  The incidence is highest among African Americans and lowest among Native Americans.

The prostate gland consists of four zones, the largest (70%) is primarily glandular, in the peripheral zone, located toward the posterior side of the gland, and may be palpated on digital rectal exam (DRE). Testosterone, the male sex hormone, plays a significant role in prostate cancer development.  Early in the development of the disease, the patient may not be symptomatic. Early detection may be achieved when a nodule is detected on DRE. The prostate gland usually increases in size as men age without being cancerous. Prostate specific antigen (PSA), an enzyme measured with blood tests, is also used for the detection of prostate cancer. The normal range is 0.0-4.0; recently, a value of 2.6 or more is considered suspicious. PSA may be elevated with inflammation and with manipulation (after DRE). Patients may not be symptomatic or they may complain of a weaker urine stream, discomfort with urination, frequent urination, blood in the urine, dribbling, hesitation, etc.  When cancer is suspected, a work up is initiated. This has been a controversial subject in recent literature, arguing that the risks of the diagnosis may exceed the benefit. Many medical organizations recommend against screening. Regardless, if a nodule is detected, a recently available MRI of Prostate is done followed by a biopsy as indicated. As mentioned above, PSA is not specific to prostate cancer. 25 % of men with cancer show normal PSA (0 to 4) and more than half the men with a high PSA are free of prostate cancer. When PSA is elevated and the gland on DRE feels soft, symmetrical, and no nodules, it is best to repeat PSA measurements in 2 to 3 months. If the PSA value continues to increase, a work up is recommended; if the value decreases the probability of cancer is low. A course of antibiotics is often administered, particularly if the gland is tender to palpation and the PSA is repeated. If the PSA is lower, it is probably due to infection (prostatitis) and repeat PSA periodically at 3 to 6 months intervals.  When PSA level is 4 to 10 mg/ml, total and free PSA are measured. The lower the percentage of the free PSA, the higher the risk of cancer. When suspicion is high, biopsies are obtained for detection and staging. Staging is based on the Gleason grade, which shows how aggressive the tumor is, and on the TNM staging system, which indicates the local extent, its spread to regional lymph nodes, and distant metastasis. Survival rate is high if the disease is diagnosed at earlier stages. The risks associated with screening include false positive or negative results, pain and discomfort with biopsies, anxieties and psychological effects, bleeding, and infection. Total and free PSA, family history, ethnicity, and life expectancy should be considered prior to biopsy. The velocity of increase in PSA is also very meaningful. A PSA increase of 0.6 ng/ml or more in a year raises the level of suspicion.
Dietary prevention of prostate cancer is not established. Numerous studies have suggested that a diet high in vegetables and fish decrease the risk of prostate cancer. Evidence did not support this claim, similarly with vitamin E and selenium supplements.

Treatment of prostate cancer is individualized. For older men with limited life expectancy, watchful waiting is usually elected and treatment with hormone manipulation with disease progression. Patients with low risk disease are observed closely and treated if and when their disease progresses. Treatment of low risk or early stage cancer is primarily with radical prostatectomy (if the disease is contained within the prostate capsule). If metastasis into lymph nodes are found prior to surgery, prostatectomy is usually excluded. Other options for localized disease are radiation therapy, either external beam or radioactive seeding (brachytherapy).  Cryosurgery is another approach of destroying the prostate with freezing and thawing. The results are not consistent and depend on the size of the prostate, the larger the gland the more difficult it is to freeze it. Surgery after this procedure is usually with increased complication. Patients with localized disease, high dose external beam radiation with concomitant long term androgen deprivation treatment (hormone manipulation) showed more favorable results. There is no systemic therapy for early stage and no effective systemic therapy for metastatic prostate cancer.  Patients with advanced and metastatic disease are treated with androgen deprivation and localized radiation therapy to prolong life and control the symptoms. High-intensity focused ultrasound is a new treatment modality used by few centers to treat early stage prostate cancer. It employs ultrasound waves to destroy the gland. It is associated with complications and is still under investigation.