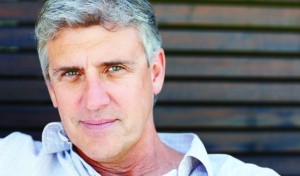 Prostate cancer is second only to skin cancer as the most common male cancer in the United States. Each year, more than 200,000 men are affected by this disease. Men aged 50 and older, African-American men, and men with a family history of prostate cancer are at higher risk.

Early stage prostate cancer often has no warning signs, making regular screening tests such as PSA and digital rectal exams critically important. Fortunately, most prostate cancers are slow growing and can be detected at an early stage when most can be cured.

Risk Factors
Factors that may increase your risk of prostate cancer include:

What is the Prostate?
Many men do not know what their prostate is, what it’s function is, or where it is located. The prostate is a walnut-sized structure that is situated just below the bladder. Its primary function is to produce some of the fluid that makes up semen. The urethra, which is the tube that carries urine from the bladder out of the body, runs right through the middle of it. In other words, the prostate completely surrounds the urethra, and that is the basis for most of the symptoms that prostate problems can cause.

Three Primary Conditions That Afflict the Prostate
There are three primary conditions that can afflict the prostate and result in symptoms:

Prostate cancer has gotten a lot of attention, both in this forum, as well as the press. But, benign conditions affecting the prostate, are MUCH more common than prostate cancer, and MUCH more likely to cause most men problems as they age.

What is BPH and Who Gets It?
BPH, Benign Prostatic Hyperplasia, is a non-cancerous increase in the size and number of cells that make up the prostate. Almost all men as they get older have BPH to some degree. The severity of symptoms that it may cause is widely variable, from none at all, to a complete inability to urinate. While we don’t know exactly why men get BPH, we do know that it is associated with hormones, including testosterone, dihydrotestosterone, and estrogen.

Possible Symptoms
As the prostate continues to grow throughout a man’s life, it many times impinges on the flow of urine through the urethra by compressing it, thereby causing obstruction. As this happens, symptoms that a man may notice (what we call “prostatism”) include: A weak or thin stream, hesitancy (having to wait awhile until the stream starts), having to strain, intermittency (starting and stopping of the stream during urinating), dribbling, nocturia (waking up at night to void), increased frequency of voiding, and urgency (a sudden and intense urge to have to urinate quickly). Some men with BPH may not have any of these symptoms, while other men may have just one symptom, and yet others may have all of them. While it is true that cancer of the prostate may cause some of these symptoms, the overwhelming majority of men that have these symptoms will NOT have prostate cancer, merely BPH.

Most Common Treatments for BPH
There are many treatments available for BPH that becomes symptomatic. Most of the time we treat a man for BPH, it is not because there is a medical danger, but because he is very unhappy in that these symptoms are adversely affecting his quality of life, such as difficulty sleeping, traveling, sitting through a movie or other event, time away from work because of needing to void frequently, etc. Left untreated, BPH can, in some cases, cause major medical problems. This will happen in cases of severe obstruction of the urethra because the bladder will no longer be able to push all of the urine out past the prostate, so that the man will then not empty completely. This can cause urinary tract infections, urinary tract stones, bladder damage, and most dangerously, kidney damage from back pressure of the full bladder. If any of these issues should arise, then your urologist will definitely recommend a treatment.

The most common treatments of BPH today involve the use of medications. There are two basic classes of medicines we use: Alpha blockers (i.e. Flomax, Uroxatral, Rapaflo, Tamsulosin, Terazosin, and Doxazosin) and 5-alpha-reductase inhibitors (i.e. Avodart, Proscar, Finasteride). One of these medications, or sometimes a combination of them, will often significantly reduce the symptoms of BPH. In some patients, the medications are not effective enough, or else they cannot be tolerated by the patient, and in that case, a procedure will be needed.

Surgical Treatments
The most time-honored surgical treatment for BPH is what is commonly known as the “roto-rooter” job, which we call a TURP (TransUrethral Resection of Prostate). This is an operation whereby the urologist will remove the part of the prostate that is “squeezing off the channel” via a telescope through the penis while the patient is under anesthesia. Over the years, there have been many new procedures introduced in order to decrease some of the side effects, complications, and cost of this procedure. However to this day, the TURP is still the “gold standard” in terms of the efficacy of relieving symptoms.

Most of these newer procedures have been abandoned for one reason or another. But there are some that are very effective with less risk of complications, less cost, and easier recovery. One of the most common procedures performed today is Photoselective Vaporization of the Prostate (PVP), most commonly using a “green-light laser”. This procedure is similar in idea to a TURP, but instead of cutting away the prostate tissue, we use a very high-powered laser to vaporize the tissue. The end result is the same, the urethral channel is wide open to allow the urine to pass easier.

The main advantages of PVP over TURP include less blood loss, and the ability to do it as an outpatient without any overnight hospital stay. The main potential complications associated with both of these procedures include infection, bleeding, anesthetic risks, incontinence, and impotency, although the risk of any of these is extremely low.

The Safest and Easiest Procedure
The safest and easiest procedure of all is TransUrethral Microwave Therapy (TUMT), which is done right in the office with local anesthesia. In this procedure, we use a special catheter with a microwave transducer built into it (like your microwave at home), and the prostate is literally “nuked” with microwaves. This takes only about twenty minutes, is comfortable, and is virtually risk-free in terms of any long-term complications. The only downside is that it is generally less-effective than PVP or TURP, although most men will have significant improvement in their symptoms.

In summary, BPH is very prevalent in men. The odds of having symptoms from it increase as a man ages. In general, most men may start noticing early symptoms of BPH in their 50’s, but some will start even younger. Yet some may not have problems until their 90’s, and yet again, some may never have any significant symptoms.

No Reason To Remain Uncomfortable Any Longer
Fortunately, there are many treatment options available, and a state-of-the-art urologist should be familiar with all of them. All treatment options have positives and negatives, and your urologist will be able to tailor the best treatment(s) for each man as needed. There is no reason why any man should have to remain uncomfortable, or in any way “put out” by his prostatism symptoms. So, if these symptoms sound familiar to you, then call Urology Partner today, and get on the road to feeling better.

To learn more or to schedule an appointment, please call Urology Partners at 941-792-0340 or visit us online at www.urology-partners.com.

Dr. Mark Weintraub was born in Chicago, IL. He graduated from Occidental College in Los Angeles in 1981, and Loyola University Stritch School of Medicine in Chicago in 1985. He then did a Surgical Internship at Oakland Naval Hospital, and spent 3 more years as a general medical officer in the U.S. Navy. After discharge as a Lieutenant Commander in 1989, Dr. Weintraub moved to New Orleans, LA, where he was a National Institutes of Health Research Scholar recipient at the Tulane University Primate Research Center, one of only seven federally-funded primate research centers. He then spent five additional years as a surgery and urology resident at Tulane, and completed his formal urology training in 1995.

In 1995, Dr. Weintraub moved to Bradenton, Florida, where he has both practiced urology and been actively involved in the medical community. He has served as President of the Manatee County Medical Society, and President of “We Care,” an organization founded by Manatee County physicians that annually provides over $200,000 of free care to the uninsured working poor of Manatee County. He has also served as a delegate to the Florida Medical Association representing Manatee County physicians for several years, and has been fortunate to be able to influence our community’s health care through meetings with Florida’s Governor, as well as numerous other state and local officials.

Dr. Weintraub has been a panelist for Sarasota/Manatee BUSINESS magazine (now BIZ 941), and has appeared on local television and radio stations. He has also served on advisory boards for pharmaceutical companies, and is regularly asked to speak to other physicians in the community. In addition, he has given educational lectures to community physicians at both Blake and Manatee Hospitals. Dr. Weintraub has continued to be active in the community, including being a founding member of a Jewish Synagogue, and participating in city historic district renovation plans.

Dr. Weintraub practices all aspects of general urology, but has a special interest in renal surgery, kidney stone management, and minimally invasive surgical treatments. He performs many laparoscopic kidney procedures, no-scalpel vasectomies, and minimally invasive therapies for the treatment of prostate disorders. He was the first physician in Manatee County to perform microwave therapy of the prostate.