Probiotics: What are they and how can you benefit from them?

By Steven A. Meckstroth , M.D. 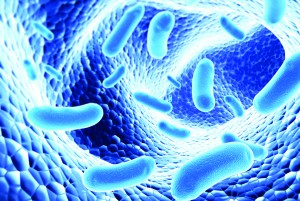 Products containing probiotics have flooded the market in recent years. As more people seek natural or non-drug ways to maintain their health, manufacturers have responded by offering probiotics in everything from yogurt to chocolate and granola bars to powders and capsules.

Although probiotics have been around for generations – think of the “live active cultures” in several brands of yogurt – the sheer number of products with probiotics now available may overwhelm even the most conscientious of shoppers. In some respects, the industry has grown faster than the research and scientists and doctors are calling for more studies to help determine which probiotics are beneficial and which may be a waste of money.

What Are Probiotics?
Probiotics are living microscopic organisms, or microorganisms, that scientific research has shown to benefit your health. Most often they are bacteria, but they may also be other organisms such as yeasts. In some cases they are similar, or the same, as the “good” bacteria already in your body, particularly those in your gut.

The most common probiotic bacteria come from two groups, Lactobacillus or Bifidobacterium, although it is important to remember that there are many other types of bacteria that are also classified as probiotics. Each group of bacteria has different species and each species has different strains. This is important to remember because different strains have different benefits for different parts of your body. For example, Lactobacilluscasei Shirota has been shown to support the immune system and to help food move through the gut, but Lactobacillusbulgaricus may help relieve symptoms of lactose intolerance, a condition in which people cannot digest the lactose found in most milk and dairy products. In general, not all probiotics are the same, and they don’t all work the same way.

According to research, probiotics may:
• Produce substances that prevent infection.
• Prevent harmful bacteria from attaching to the gut wall and growing there.
• Send signals to your cells to strengthen the mucus in your intestine and help it act as a barrier against infection.
• Inhibit or destroy toxins released by certain “bad” bacteria that can make you sick.
• Produce B vitamins necessary for metabolizing the food you eat, warding off anemia caused by deficiencies in B-6 and B-12, and maintaining healthy skin and a healthy nervous system.

Common Uses
Probiotics are most often used to promote digestive health. Because there are different kinds of probiotics, it is important to find the right one for the specific health benefit you seek. Researchers are still studying which probiotic should be used for which health or disease state. Nevertheless, probiotics have been shown to help regulate the movement of food through the intestine. They also may help treat digestive disease, something of much interest to gastroenterologists. Some of the most common uses for probiotics include the treatment of the following:

Irritable Bowel Syndrome
Irritable bowel syndrome (IBS) is a disorder of movement in the gut. People who have IBS may have diarrhea, constipation or alternating bouts of both. IBS is not caused by injury or illness. Often the only way doctors can diagnose it is to rule out other conditions through testing.

Probiotics, particularly Bifidobacteriuminfantis, Sacchromycesboulardii, Lactobacillusplantarum and combination probiotics may help regulate how often people with IBS have bowel movements. Probiotics may also help relieve bloating from gas. Research is continuing to determine which probiotics are best to treat IBS.

Inflammatory Bowel Disease
Though some of the symptoms are the same, inflammatory bowel disease (IBD) is different from IBS because in IBD, the intestines become inflamed. Unlike IBS, IBD is a disorder of the immune system. Symptoms include abdominal cramps, pain, diarrhea, weight loss and blood in your stools. In Crohn’s disease, ulcers may develop anywhere in your intestine including both the large and small bowels. In ulcerative colitis, inflammation only involves the large intestine. Bouts of inflammation may come and go, but in some cases, prescription medication is needed to keep inflammation in check. Research is continuing to determine which probiotics help to treat IBD.

Antibiotic-Related Diarrhea
Sometimes taking an antibiotic can cause infectious diarrhea by reducing the number of good microorganisms in your gut. Then bacteria that normally do not give you any trouble can grow out of control. One such bacterium is Clostridium Difficile, which is a major cause of diarrhea in hospitalized patients and people in long-term care facilities like nursing homes. The trouble with Clostridium Difficile is that it tends to come back, but there is evidence that taking probiotics such as Saccharomycesboulardii may help prevent this. There is also evidence that taking probiotics when you first start taking an antibiotic may help prevent antibiotic-related diarrhea in the first place.

Other Uses
Other potential uses for probiotics may include maintaining a healthy mouth, preventing and treating certain skin conditions like eczema, promoting health in the urinary tract and vagina, and preventing allergies (especially in children). There is not as much research about these uses as there is about the benefits of probiotics for your digestive system, and studies have had mixed results.

Are Probiotics Safe?
It is generally thought that most probiotics are safe, although it is not yet known if they are safe for people with severely impaired immune systems. They may be taken by people without a diagnosed digestive problem. Their safety is evident since they have a long history of use in dairy foods like yogurt, cheese and milk.

However, you should talk to your doctor before adding these or any other probiotics to your diet. Probiotics might not be appropriate for seniors. Some probiotics may interfere with or interact with medications. Your doctor will be able to help you determine if probiotics are right for you based on your medical history.

Keep in mind that probiotics are considered dietary supplements and are not FDA-regulated like drugs. They are not standardized, meaning they are made in different ways by different companies and have different additives. How well a probiotic works may differ from brand to brand and even from batch to batch within the same brand. Probiotics also vary tremendously in their cost, and cost does not necessarily reflect higher quality.

Side effects may vary, too. The most common are gas and bloating. These are usually mild and temporary. More serious side effects include allergic reactions, either to the probiotics themselves or to other ingredients in the food or supplement.

For more infromation about probiotics and would like to schedule an appointment to meet with one of our physicians, please contact our office at (239) 593-6201 or send an email with the subject “Probiotics” to gastro@gispswfl.com.

Share
Previous Prevent Surgery with Knee Injections
Next Make the Healthy Choice: Choose to Stop Smoking Now No, e-cigarettes are not the answer