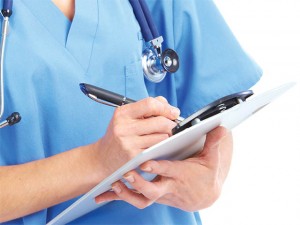 At one time, stomach cancer was the most common type of cancer known in the United States. As the years progressed, the disease became less common among patients. While there are no definitive answers as to why, it’s thought to be related to the decline in salted or smoked food intake. Even with the decline in cases, this disease still presents a serious problem throughout the nation and the rest of the world.

While studies are unclear, some experts recommend a balanced diet to fighting against cancer development. In addition, researchers believe that damaged DNA in the stomach cells may lead to cancer. A large majority of individuals are infected by a bacteria known as H. pylori, which resides in the stomach. It is unknown how this bacteria is transmitted, but it is believed to be spread from individuals or through drinking water. H. pylori causes ulcers and may also be a leading cause of stomach cancer.

Foods, which include nitrates, are also of concern among cancer researchers. Foods such as hot dogs, certain deli meats, bacon and ham contain substances known to cause stomach cancer, as does red meat, and smoked or salted foods. Certain foods are believed to protect against stomach cancer, including fruits or vegetables. Items such as tomatoes, sweet potatoes and carrots are especially helpful in the prevention of this disease.

Perhaps one of the most troubling facts about the disease is that stomach cancer is difficult to diagnose. A cancerous tumor may be quite large by the time that it is diagnosed due to the lack of symptoms associated with stomach cancer.

When present, the most common signs include upper abdominal pain, especially after eating. Other symptoms include bleeding, weight loss and general weakness. Patients who experience early fullness when eating should also be on alert as this may be a symptom of the stomach’s inability to expand due to the presence of a tumor. If left untreated, the cancer cells can spread quickly to other parts of the body and cause even further damage. Part of the problem is that, like many other illnesses, the symptoms sound very similar to those of other ailments. The presence of one or more of these does not necessarily confirm the presence of cancer, but it should cause the individual to be alert to the possibility.

Studies show that men are twice as likely to develop stomach cancer and is most common in individuals from age 40 to 80. This disease is rarely present in individuals 40 years of ago or younger. In addition, the use of tobacco and alcohol are perhaps the most obvious cancer causing agents. Studies have shown that both men and woman are more likely to develop stomach cancer if they smoke. Other factors, including family history and obesity, can encourage the development of stomach cancer.

Gastric cancer has decreased in number due the advances in endoscopic detection. Early symptoms may be as subtle as bloating, gas or vague abdominal pain. In fact, those over 40 years of age with the above symptoms may consider evaluation with endoscopy. Those with helicobacter infection above age 40 should certainly consider endoscopic evaluation. Early gastric cancer, that limited to the gastric wall by CT scan and endoscopic ultrasound, has the possibility of cure with surgical resection and in certain cases with antibiotics alone. Advanced gastric cancer has a poor prognosis despite advances in chemotherapy. Recently, gastric cancer has been more frequently diagnosed at the gastroesophageal junction and may be reflective of acid or bile reflux.

Dr. Nanavati is available for consultation on this or other gastroenterology issues, call Dr. Nanavati at 239-593-9599.