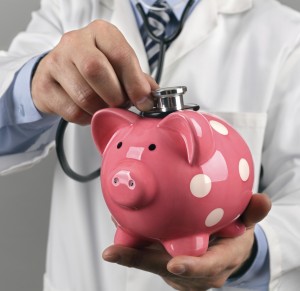 The first set of Codified Laws in Society and the manner that society functions can be found as early as 62 BC with the Code of Hammurabi.  The Code was inscribed on a large tower located in Babylon, which is now present day Iraq.  In that Code, interpretations described how society was to act and to function as its own entity.  Many of the writings mentioned were  to help those in need and provide care inclusive of health, long term care, workers’ benefits (compensation), and death.

With that in mind, let us focus on the history of national health care in the United States, beginning with initiatives as early as 1883.  At that time the Federal Government  relinquished  authority to each state to create, implement, fund and enforce such programs.  This philosophy continued until the early 20th Century  when many labor reformers were trying to develop and implement social reform for the Labor Class.  President Theodore Roosevelt’s philosophy for a national health care policy was in order for the “nation to be strong.”

From 1920 until 1965, when the Medicare Act was enacted numerous Presidents attempted to enact a National Health Care Policy for the nations’ citizens.

On March 23, 2010, the Patient Protection and Affordable Care Act was passed by the Congress of the United States and enacted into Law with provisions being phased in for a period of March 2010 through 2020.  This is what many contemporaries, critics and supporters have come to label as “Obama Care.”

I prefer to identify it as the Legal Title and not politicize the law for political purposes.

The premise for the entire Patient Protection and Affordable Care act include the following:

A.  No health insurance carrier may exclude individuals or persons from coverage based upon pre existing conditions, and the same premium price  is to be offered to all applicants by  the insurer regardless of gender or pre-existing conditions excluding tobacco use.

B.  Minimum Standards for health insurance policies are established.

C. All individuals are to secure an approved private insurance policy or pay a penalty, unless the individual  is covered by an employer sponsored health plan, Medicare, Medicaid, or other public insurance program.  If the individual does not have an exemption, or not a member of a protected status,  a penalty may be levied for failure to comply with the mandate.  The mandate also provides for individuals with low incomes for subsidies to offset the expense of the insurance.

D.  Businesses do not have to comply with the law until 2015.

Each individual health insurance program must have 10 Essential Health Benefits included in the plan. These benefits include and are not limited to the following:  prescription coverage, mental health  coverage, well being programs which  include preventive  care, dental care for children, and routine medical diagnostic tests.

Individuals who do not select a program in compliance with the Act after March 31, 2014, will be penalized monetarily as little as $ 95.00 or 1% of gross household income.  The penalties will increase each year for a maximum of 3 years.

Another manner to determine subsidy eligibility is to complete an approved paper application.  I have found this to be an easy and more effective manner to expedite the process.  Once the subsidy is approved, then the applicant will be able to determine which health care program will benefit them and the premium cost.

The subsidy work in two ways.
1. The insured can elect to use the subsidy as a Tax Credit at the end of the tax year.

2. Can elect to have the subsidy remitted to the insurance carrier as part of the premium payment.

At the time of this writing, I have received no clarification or information as to how the subsidy payments will be remitted to the insurance carrier.

One of the most equitable benefits of the law is that each health insurance carrier must spend at least 80% of all premiums on the insured’s’ health care. Otherwise, excess premiums must be returned to the premium payer.

As an Independent Representative dealing in the Health Care arena, I am capable of aiding in the explanation and research of an individuals’ subsidy level, assisting in the completion of appropriate paperwork at this significant point in our society.

Share
Previous Muscular Therapy Offers Hope for Anxiety, Asthma, & More
Next Where Do I Go? Emergency Room? Or an Urgent Care Center?